A well-known columnist breaks down and joins Facebook, because not doing so is "rude"; and is it morally wrong to have multiple identities on the Web? 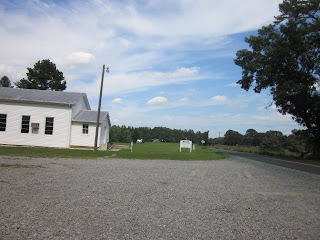 Author and columnist Curtis Sittenfeld (“Prep” and “American Wife”) has a humorous confession on p 4 of the New York Times Sunday Review Sept. 4, “I’m on Facebook. It’s over”, link here.
Check her public Facebook page here which gives a pretty good example of how to handle “online reputation”.
But she says she was taken aback by Mark Zuckerberg’s philosophical edict, “Having two identifies for yourself is an example of lack of integrity” (as reported in the Time "person of the year" coverage in December 2010).  Where does that take us with “conflict of interest”?
She also said she found out from feedback from friends that email was coming to be regarded as a cumbersome way to keep up (as with the arrival of other people’s babies, or “OPC – ‘other people’s children’”), and not being on Facebook was seen as “rude”.
We have really come full circle.   Although the circle may open, because, as she notes, the number of Facebook users may be shrinking for the first time, and there is “competition” from Google+.  But she is indeed on Facebook.
Posted by Bill Boushka at 8:22 AM