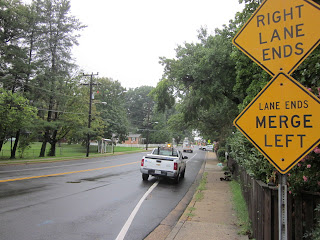 Well, knock on wood, Arlington VA may be luckier than many communities after Rain-a-geddon.  It helps Arlingtonians that most of the northern part of the little remnant of Washington DC (split off because of the Civil War) is on high ground, 300-500 feet above sea  (and river) level.  Sometimes there can be 6 inches of snow here and only rain in Foggy Bottom.  300 feet of elevation can make that much difference in the winter.
Around 5 AM, the electricity flickered once, not long enough to kick on the generator. The Comcast Cable went out, came back, went out, and is back on again. Probably won’t be reliable until a downed old tree three blocks away is cleared off.  Washington Boulevard, a main artery, is closed near Westover as a grand old tree ended its life and fell across completely, even in 5 mph winds.  Police are really on this one, diverting motorists for blocks around.  Trees near streets and sidewalks are usually the first to go in heavy rain events.
There was a ferocious thunderstorm at about 1:30 AM, that lasted about twenty minutes. Lots of lightning, little wind. I have never seen it rain so hard.
One should never be complacent. I’m told that an old stream was tunneled underground nearby during the late 1940s when the homes in the area were built.   I suppose ten inches of rain could rupture it, and certainly affect foundations or sewage systems.  Floods can also rupture natural gas lines.
The cause of this “Event” is that Tropical Storm Lee, the remnants of which, stalled in Ohio, pulling up a jet from off the South Carolina Coast.  Hurricane Katia in the Atlantic interacts with it to keep the line of storms training over the same areas. 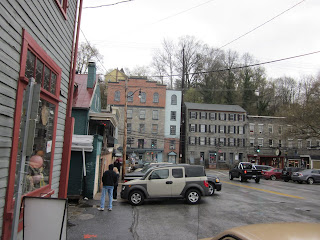 The hardest hit areas seem to be southern Maryland (it always is the most exposed), and the wonderful railroad town of Ellicott City SW of Baltimore.  Charles County, MD had 11.5 inches of rain in 12 hours. 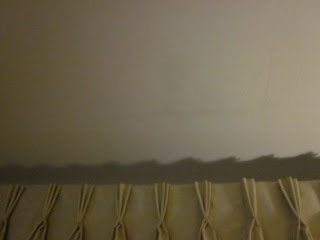 Here’s another thing.  A roof doesn’t have to be flat to leak. I still have a pail in the living room “protecting” the sofa.
Let’s hope that Nate moves up into Texas.  I lived in Dallas 1979-1988, and had a town house in “the Grove” for a long time.
Is all of this part of Al Gore's "Inconvenient Truth"?  I'm afraid I'm inclined to think so.  I don't remember so many near disasters when I grew up here in the 50s.  But then, the area was less built up and there was less infrastructure that could fail, and the trees were younger and smaller. We used to sit on the porch and watch thunderstorms.  They were fun, not enemies.  And every summer in Ohio, we had at least one storm bigger than any we ever have here.  Without fail.
Here’s the MLB video interview of Nationals Pitcher Stephen Strasburg, link. The Nationals should be ashamed of losing that game Tuesday night after his five shutout innings.
View more videos at: http://nbcwashington.com.
WARNING:  NBC just reported that the town of Binghamton NY is closed and that a massive flood is eminent. Follow news stories carefully anywhere on the Easy Coast, from NC northward, for sudden floods.
Posted by Bill Boushka at 8:30 AM