It's easy for Facebook to emulate others' ideas, for now 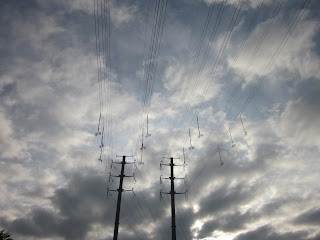 Farhad Manjoo has some articles about Facebook’s “innovation by copying” on Slate, the latest, reprinted on p. G4, “Technology & Innovation” in the Washington Post today, is “Great Social Networks Steal: In praise of Facebook’s thievery” (as if this were emulating the new wave movie “In Praise of Love”). In print, it’s called “’Smart Lists’: Facebook shows that the real skill is knowing what to take”, Slate link here.
Manjoo discusses the litigiousness of the mobile app world, related to patent law and perhaps patent trolling, driven by the fiduciary mentality of publicly trade companies.  He says, however, that the legal culture of the web software world isn’t the same. For now, “Facebook is free to grab “what it wants with both fists”. That we, Manjoo says, you don't need anything else and you can let Facebook "rule your world" (or "rule The World").  It's not clear on the face whether web apps are more about copyright or trademark. But he believes that the web app world is more lenient about these things than the mobile world. That wouldn't necessarily hold forever.
I remember back in the 90s that employers were in dread of audits from the “Software Publishers Association”, to the point that it wasn’t OK to give associates copies of virus scans to take home before dialing in with Procomm for on-call mainframe production work.
As for more recent years, Manjoo should read the saga of Righthaven. Oh, maybe it’s over.