YouTube's ContentID should deflect the existential concerns about "downstream liability"; a resource on photography of copyrighted materials (and of people) 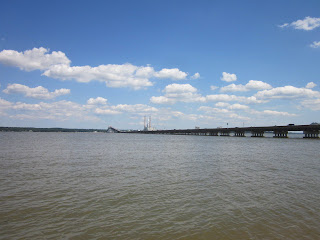 A couple more items (I don’t want to trivialize them) have been appearing in discussions about the whole area of controversy over copyright infringement (and trolling) on the Internet.
One is that YouTube’s ContentID system automates the process of detecting likely infringement, giving copyright owners the opportunity to monetize (maybe with micropayment systems) or block content, with actions automated in a system.  Google’s own discussion of how the process works is here.
Corynne McSherry has a commentary at Electronic Frontier Foundation about a deal between YouTube and the National Music Publishers’ Association (NMPA), to use this automated system in lieu of pursuing the “downstream liability arguments” that Viacom has tried to enforce regarding long-past infringements – an idea that could become an existential threat to user-generated videos and other content altogether.  The EFF link (“Publishers decide they’d rather pay songwriters than lawyers”) is here. EFF gives a sublink to another report showing a collection of videos, each of which illustrate a potential pitfall (vs. Fair Use) in automated content management.  Still, an automated pro-active system is preferable to downstream liability coupled with a requirement for manual reviewing.
I think it’s generally OK to make videos of public gatherings and political speeches, but I’m cautious whenever music is played.  Generally, in clubs I don’t make clips of more than a few seconds because of potential music copyright issues.  It’s difficult for an “amateur” to mix collages of the work of others safely (and publish them, without running into “copyright school”); I’ll cover this soon when reviewing a book “Reclaiming Fair Use” by Patricia Aufderheide and Peter Jaszi (on the book review blog). 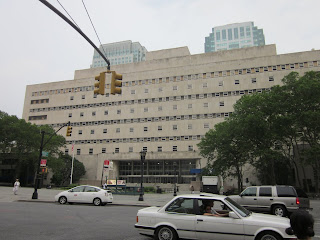 I also wanted to point out a reference white paper by the World Intellectual Property Organization, WIPO, “Legal pitfalls in taking or using photographs of copyrighted material, trademarks and people”, link here. It’s true that a photograph or jpg reproduction of a copyrighted item could be infringing (just like copying it at Kinko’s could be).  This sort of problem is most likely to occur with materials inside museums, but most museums post their photography policies on the premises and online (from what I recall, Mount Vernon didn’t allow any pictures indoors).  Usually, it’s OK in practice to use images taken of museum materials if the museum allows photography and doesn’t say otherwise. (A few say they allow non-commercial photography only; I wonder if inclusion of the photograph on a blog with ads would really be “commercial”).  Sometimes policies are based on protecting items from the effects of flash itself.
It’s almost never acceptable to make a video excerpt  (as in a digital camcorder) from a movie or television program or indoor or formal music performance or play.  Hollywood still sees this (unnecessarily, I think) as an existential piracy threat, and a few people have been arrested and prosecuted for taking pictures during movies (movies blog, Aug. 3, 2007).  It’s often OK to photograph panel discussions or directors for Q&A’s afterwards at premiers, as often happening at film festivals and independent film venues.
People (their images) are not protected by copyright (you can’t own a copyright to your own bodily appearance), but may have other legal interests to protect, such as privacy (false light or misappropriation), right of publicity, or sometimes (more recently) online reputation.  I covered the issue of tagging two postings ago.
Posted by Bill Boushka at 9:42 AM