What do the copyright trolls and the current Congress have in common? A lot of bullies 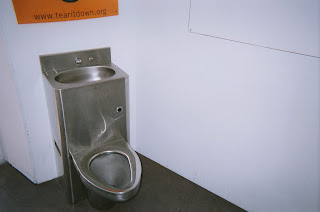 I vaguely remember my European history course in College, when we studied feudalism, and I probably didn’t, at 20, grasp the moral significance. As “law and order” (NBC style) in the decaying Roman Empire broke down, families had to give up property and subjugate themselves to nobles in order to get physical protection.  The entire Middle Ages (perhaps the musical suite on the subject by composer Alexander Glazounov) operated like a syndicate of crime families.
So we have a couple of big-time examples of “legal” bullying of members of the public. The first is copyright trolling, including not only Righthaven but past practices by the RIAA and “US Copyright Group”.  Righthaven tried to shake down bloggers and small Internet business owners for settlements without warning them (through the DMCA) or sometimes properly serving them. The latest, covered on the Righthaven Victims blog, is a demand from Judge Hunt in Nevada that Righthaven focus on “material issues.” Again, the whole copyright trolling problem seems like an attempt to reverse the “asymmetry” that has made individuals and small businesses effective competition for media companies.  Whether established interests really benefit from copyright law, or emerging artists do, is a good topic for independent film (like a POV documentary), and I would be game for participating in making one.
The other example, that at first seems far removed, was the recent debt ceiling debate. Here the asymmetry went the other way. A vocal minority in the House of Representatives was able to wield a threat of US default (passing the blame for the “Sophie’s Choice” to the democrats), possibly leaving seniors and veterans without being paid money already owed them.  One could say they were taken hostage by new “bullies”.  Remember, to block payment of or even repudiate a bill already owed (and I think Social Security payments, for the most part, fall into that area) is an offense on a level that goes beyond the usual economic dislocation associated with layoffs, where the work people won’t get paid for hasn’t been done.  (I understand there is a practical, converse argument.)  The idea that you need a debt ceiling, to authorize borrowing to pay a bill already due (for money already appropriated) makes no sense to me, constitutionally.
Here’s the Scribd reference for the latest Righthaven wrinkle.
Posted by Bill Boushka at 9:32 AM