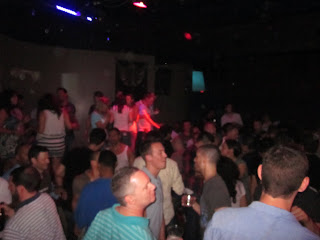 Natasha Singer has a new story on the concept of Internet “deletion” (as in the book by Mayer-Schoenberger, reviewed on my books blog, May 13, 2010). The United States doesn’t have any specific requirement that companies remove personal information about people at any time, whereas Europe generally does. Here is the basic (website url) story.
She mentions Ed Markey’s “Do Not Track Kids Act for 2011”, H.R. 1895, with Markey’s own link here.    He would require that companies provide an “erase button” to give parents the ability to remove information about kids from the web. That sounds rather infeasible unless specified to specific kinds of information in specific settings (like medical).
Murkier is the information embedded in social media profiles, which doesn’t necessarily go away when an account is deleted. It’s getting more troubling because images can be tagged, even by others (perhaps incorrectly), and conceivably then searched for by third parties, including future employers and schools.
An Internet “law and technology” blog has a posting by Evan Brown from March 2012, “Court says you don’t need a person’s permission to tag them in a Facebook photo”, here, in a case Lalonde v. Lalonde, although Brown discusses various caveats.   He gives an interesting discussion of a “beer pong” picture case (Dendrite v. Doe) in a subordinate link where a published photo was thought to imply underage drinking  (defamation) but did not.
There is also a lot of material on the web to the effect that you have no expectation of privacy when in a public place (and your picture inadvertently shows up on the web).  (For example, this reference on Yahoo!)  Private businesses make rules as to whether they allow photography of customers on their premises.  Generally, in some kinds of businesses (discos) people know they will be seen and there is no practical expectation of privacy. You see flash photos (and cell phone videos) being taken all the time in these places. (I guess a spy or hacker could conceivably intercept text messages being sent; maybe sci-fi or maybe real.)
All of this could be problematic for some people, however, if later caught up in employment situations where there is extraordinary sensitivity to “online reputation”.   References made to otherwise obscure individuals can stay out on the Web and be found by search engines for decades.  I’ve had a couple of requests myself to delete names (one from on online book text) myself.
The “delete” problem probably won’t just stop with conventional corporate marketing, as Markey’s bill on the surface would suggest. 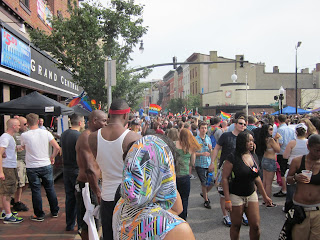