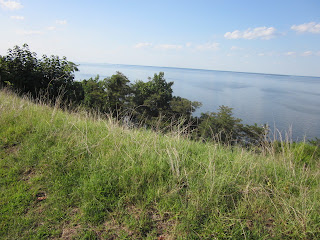 David Streitfeld has an article Saturday in the New York Times about the practice of paying for favorable reviews of books or of various products and services, and of the willingness of some people to write reviews for money.
Previously, I’ve covered the situation where some professionals (especially medical) make customers sign “gag contracts” saying they won’t comment about them online. Many professionals feel very sensitive and vulnerable about the “online reputation” others can give them without recourse.
The link for the Times story is here,  title, “In a race to out-rave, 5-star web reviews go for $5”.
I do not engage in this practice (of writing reviews for pay). I have reviewed a number of films where pre-release ("free") DVD's were sent to me (one was a short film from an oil company); FTC rules now require that bloggers disclose the fact that they received complementary copies. The same is true of one or two books.