Leftist columnists anticipate government "crackdown" on social media even in US, to protect "the rich"; Mark Cuban criticizes public "whining" on CNN 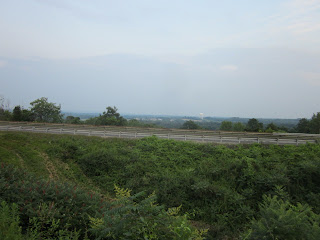 Alter Net has one of its quasi-hysterical articles, on the idea that the government will clamp down on social media to protect the interests of the super rich, a piece by Sarah Jaffe, here.
In principal, western governments would be forced to learn how to draw the line (or gray zone) between legitimate assembly for “morally legitimate” protests as with the Arab Spring, and those particular flash mobs gathering for rioting or organized thievery in Democratic countries.
Again, I’m quite familiar from my own “coming of age” experiences of the indignation against accumulated or inherited “undeserved” generational wealth, often railed against by the far Left in the 60s and 70s.  At one time, I sat in on meetings of the “Peoples Party” (Dr. Spock) with its calls for “revolution” and constitutional conventions. The Left in those days had been very moralistic.
The First Amendment, remember, absolutely protects the right “to peaceably assemble” and to petition. These are “collective speech” rights that have traditionally, before the Internet era, been more critical than personal speech.  Here is Cornell’s analysis.
The idea that there is some kind of plot to destroy social media and Internet speech to protect the “rich” hardly computes with me. After all, the Internet has made a number of mostly younger (not always) entrepreneurs rich, and the president recently met with them on the matter of the role of social media with revolts in the middle East.

The interview by Piers Morgan with Mark Cuban last night on CNN comes to mind. Cuban said that he welcomes emails from the public with ideas for media, sports or philanthropic  projects, but hits the delete button on those communiqués that emphasize whining, like “somebody stole my idea”.  (That sounds like the Winklevi, doesn’t it!)  Cuban has answered mine before. His contact point is on "Blog Maverick" (link). Note well his leadoff with a recycled discussion of the demise of the desktop PC.
Posted by Bill Boushka at 7:20 AM

Labels: freedom of assembly and petition