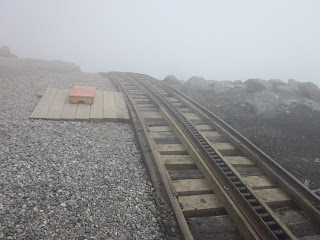 It’s useful to me to recollect why I got into “blogger journalism”.  It all got generated by a single issue, “gays in the military”, back in 1993 as the “naïve” president Bill Clinton set out to lift the ban, which is finally repealed (although, we have to watch out if the 2012 presidential election goes “wrong”). 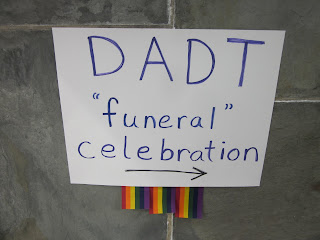 This one issue was “unique” in the way it combined certain elements in our moral and social discourse.  On the one hand, it evoked our feelings about one another, particularly the physical presence of others, when in close proximity to us, not always as a result of personal choice.  It reminded us of our tendency to make judgments about others on the basis of “appearances”, and of our resistance to being forced to bond to others against our will.  Hardly any other political issue could do this. I had magnified this aspect of the debate by pointing out the underlying similarities between the “controversy” over “privacy” in military barracks (the Nunn-Moskos thing), and the similar acrimony I had experienced in a college dorm at William and Mary back in 1961. In time, the comparison would become much more extensive. 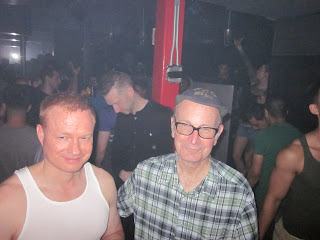 On the other hand, the issue also brought up the old tension between individualism (with its attendant struggles over “equality”, at least avoidance of “second class citizenship” or “separate and unequal” before the law), and the real-world need for us to live and work together in a “community” (family and more).  People often have to set aside their personal ambitions (even when conceived in the best of intentions) for the good of others in a community. Those who do not have political or social “equality” become vulnerable to stiffing to meet the more “urgent” needs of others.   And those who are excluded by law or executive custom from participating in defending the common good of the community will be perceived as less “worthy” when times get tough.  It struck me as curious that military gay ban (and the 17 years of “don’t ask don’t tell”) had erupted as an issue just a quarter century (or less) after Vietnam-era military conscription (male-only), had been “the” major moral controversy in my own life, particularly because the system of student deferments (and less combat-exposed assignments when inducted) had protected the better educated as more “worthy”.  (Curiously, the most physically aggressive and “fit” young men could become the most “expendable”, as in a recent film with that name.) 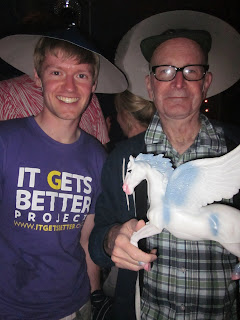 I saw “gay rights” as embedded in a bigger question about how you resolve this “Janus-faced” (looking both ways) about freedom:  progressive notions that approached social equality could be fulfilled only when people could get out of themselves and “care” about others outside of the framework imposed by their own earlier sense of selves with “likes” and “dislikes”.  My period in the 1970s at the Ninth Street Center (now the Paul Rosenfels Community) had reinforced that dichotomy.  It seemed as though “social conservatives” were looking for rationalizations to sustain their own sense of privilege.  Hey, if sexuality could be confined to and expanded within (traditional) marriage, no one would have an undue motive to “cheat the system” and some sort of sustainable social order would live on, and everyone would be valued as a “human being” within his or her “place” (according to ability).  Parentage, stemming from marital sexual intercourse, would take on political and social power over others, especially those less inclined or even able to have their own families.  That might maintain stability, and that’s what a lot of people on the socially conservative side seem to want and to guard jealously. It’s obvious how it can and does get abused, and how it can feed totalitarian and fundamentalist systems.   Yet, individual freedom (as we have come to expect it in the past few decades) poses its own paradoxes.  The “freedom” to pursue one’s own fantasies that can exclude others can invite back the very authoritarianism we have fought.  It’s important to note that “religious morality”, for all its pretense of offering stability and sustainability, seems predicated on the idea that others must follow the same rules as “I do”, lest nothing has any meaning. 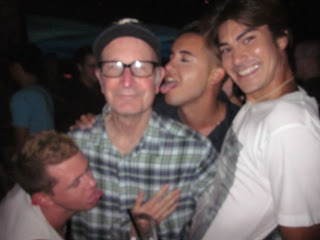 As I write this, I can see how I thought “serving it all on the table” – everything that emanated from the debate on the military ban – became a matter of personal psychological survival. I self-published all this in 1997 (the first “Do Ask Do Tell”) book, but then interesting things happened.  I expanded out of the area where the moral controversy was so “personal” (and indeed imputed ideas about body image), into the more conventional political debate, and covered “everything”, concentrically, because everything was connected (topologically speaking) to everything else.  The debate punted on the tough stuff, ventured into abstractions, talking about immutability, and “who I am” and demanding that unequal things be made equal.  Pretty soon, I became a kind of “alien anthropologist”, a gawker with no real personal skin in the game anymore.  My strategy emphasized self-promotion through self-publishing, with passive social networking that was sometimes pretty effective, until “social media” as we know them today changed the game and even questioned the integrity of my own practice.  After 9/11 and my layoff, I started getting unsolicited approaches from people to both go out and hucksterize their wares rather than mine, but also to take personal responsibility for some of their problems (even their kids).  In time, the publishing, that has started with such personal intentions, had seemed to become a kind of kibitzing, as if from a chess player no longer having the stamina for rated tournaments. 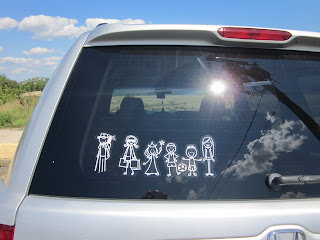 One may write in order to promote his concept of what (or who) is "good". But then one is in the position that, if challenged, mere indifference or non-contact or avoidance becomes viewed as judgment and hostility. 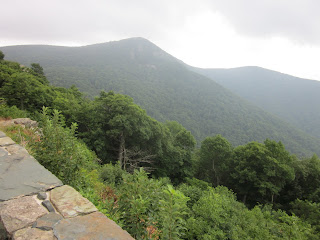 The stakes have never been higher. 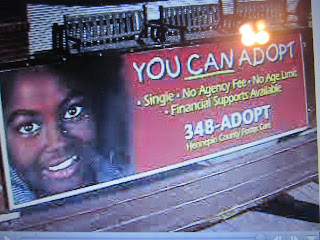