If government redistributes wealth, it's all to easy to "rationalize" almost any policy argument; remember "sweet lemons" (and "sour grapes")? 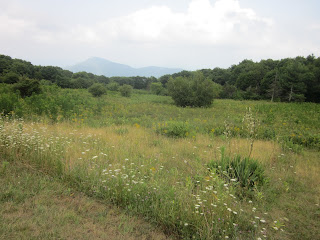 It’s an article of faith among libertarians that all “policy” decisions ought to be made “automatically” by the operations of the free market.
Decisions to redistribute wealth or regulate behavior outside the market (and enforcement of contracts) and outside the “do no harm” idea may invoke “arguments” that can be “won” or “lost”, but these arguments about “who deserves what”, even in relation to greater common goals, always involve some rationalization. Remember “sour grapes” and “sweet lemons” in Health and Phys. Ed class, or in the Army (I remember a drill sergeant back in 1968 who liked to talk about these ideas)?
So, like in the debate on deficit cuts, and specifically entitlement cuts, you can “rationalize” means testing seniors when they use benefits in various ways. But that doesn’t make such a policy decision morally right.  You can “rationalize” a number of criteria to reduce benefits:  lifestyle habits (smoking, obesity), childlessness, age beyond life expectancy, total assets, income, etc.   But none of these make doing so “right”.
So, the question may become, what’s the point of a blogger’s discussing the options?  Maybe it’s self-preservation and “selfishness” and maybe that’s the only good reason. Maybe it’s protecting other family members, but that works only when you created a family.
Actually, though, I think it’s a good thing that some people (like me) step back, look at “all” (or at least many) of the policy options on the table, and try to simulate or calculate propsectively what could happen if we really adopted them.
There are problems, ranging from climate change, to pandemics, even to space weather, where we do need to work together, outside the box, to sustain our civilization as we know it. It’s a good thing to be warned.

This recent debt crisis was different from most others in one respect: the government was "threatening" not to pay everyone for money already owed. At a certain existential level, that is dangerous in a way that ordinary pertubations in employment because of policy choices is not. Some libertarian columnists, even John Stossel in the Examiner, seemed to talk past that point.
Picture: Old Rag Mountain in distance, near Shenandoah Park, VA, site of some college-days hikes in the early 1960s.
Posted by Bill Boushka at 7:47 PM