Florida substitute teacher fired for past "movie" career even under a pseudonym; "anonymity" is not working these days 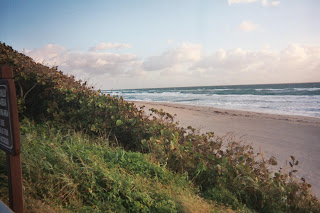 The AOL Huffington Post is reporting that a licensed Florida substitute teacher, Sean  Loftis, was suspended from his job from Miami Dade public schools (and his credentials were revoked in April) after the school district discovered he had acted in as a gay porn star with pseudonym Collin O’Neal.
The school district says that policies require that teachers act publicly in a way that reflects positively upon themselves as teachers, whatever that means.
The ACLU has not been able to get Loftis reinstated.
The case is interesting to me in large part because of the use of the pseudonym, and the teacher’s intention that his identity as a porn star not be known. However, recent thought has questioned the effectiveness of multiple identities on the Internet, which are so easily disclosed.  Facebook, remember, and some other social networking sites require the use of “real names”.
It’s also interesting that he was penalized for past lawful employment.  This sounds like refusing to hire someone who has worked for a tobacco company.
Back in 1999, a nurse was fired from an Arizona hospital for Internet nude activity – with her husband. So was another teacher in Florida that year.  Both cases made the ABC 20-20 show.
Loftis has also worked as a CNN “iReporter”.
Posted by Bill Boushka at 2:37 PM

Labels: anonymity, my history as a substitute teacher, online reputation