Compassion is the "Hidden Resource": but "you" need to stay focused anyway 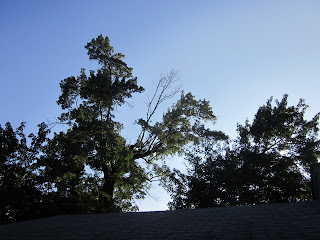 Yesterday, Judith Fulp-Eickstaedt concluded a summer “contemporary service” sermon (or “communion message”) at Trinity Presbyterian Church in Arlington with a quick reference to all the turmoil recently:  the political “blame game” coming from the debt debate, the famine overseas, Obama’s War, and even the folly of corn ethanol policy (add to that the stock  market meltdown today and even talk of a “credit freeze”).  She concluded, “compassion is the most overlooked resource”.  It gets personal.
So it gets to my own boundaries.  I’ve followed, written about, and participated in the debate on “equality” over the years.  Most of the time, “equality” doesn’t affect me “directly”. But, “it does when it does.”  The problem with being a “second class citizen” legally, even if nominally, is that sometimes others expect you to become their backup, to accept their goals as yours, even if you think they’re wrong. I could get more explicit, but right now I won’t.
For most of my career, my “fate” was in my own hands, very much a matter of my own performance, especially at work, especially in matters of accuracy and just not making mistakes or taking foolish chances.  In “retirement”, things have changed. Like it or not, I am much more dependent on what others do, including whether those I “depend on” for customer service really do their jobs.  The buck will stop with me when they don’t.
And we all know that the recent debt downgrade points at a deep toothache in our culture.  The fact that some of us (me included) sit on the sidelines, blogging and “kibitzing” while less-than-responsible people wind up “actually” serving in public office is a symptom, that S&P picked up on in its report.  (If I were in the House myself, I cannot imagine being party to a “threat” to the nation’s paying its bills, no matter how conservative I am fiscally and how much I talk about “personal responsibility”.  But I’m not there, nor do I pay much attention to which candidates wind up there. You see the result.)
Our culture has to learn (as it once knew, a half century ago) that “personal responsibility” has two faces, rather like general relativity. One has to do with following through with the consequences of one’s own choices. The other has to do with accepting interdependence, accepting that you have your skin in your world’s future after you are gone.  That’s where it hurts.  That’s where Judith’s remark about “compassion” comes in.  Or, as Rick Warren says, ultimately “it’s not about you.” Ultimately, without recognizing it, we live beyond our means.  Ultimately, public policy gets back not just to personal behavior, but personal compassion.
I often have a sense of dwelling on two planets. One is the familiar contractual world, global in nature, emphasizing individual sovereignty and autonomy, dependent on individual performance. But it depends on a stable global system where contracts are kept. The other is an immediate, social world, which has to persist even in times of disorder. It is a world of sacrifice, and interdependence, that does not bode well for “people like me”.  It is a world of social hierarchy, family values, reproduction, of people “protecting others”, and surviving.  It gets abused easily, leading to authoritarianism politically and bullying personally. But it can’t always be escaped, and people must deal with it for society to have a future.
I laid out my own plans on a posting here July 16.  What I said there is still valid.  To become productive, and to be the role model I would like to be, I need to maintain a stable infrastructure (which means I depend on customer service of companies with employees who do their jobs), and at some point (soon) have a full-time focus on the content that I will finish developing and try to sell.  At my age, there is no other choice.  (As an only child who has “stood alone” for an adult life, I find it difficult to accept risks that others who live more collectively and “interdependently” accept as routine and perhaps unavoidable.)  Yes, I do plan a “systematic” plan to help others and participate with charities. But it is very difficult to deal with the personal problems of others suddenly, and it can be disruptive. (This was a big problem with my substitute teaching a few years ago.)  I cannot make certain things “all right”.   And I do not like to join in with group protests (I have never walked a picket line, and some of the pundit comments about giving up "pride" and accepting victim status as were common during the debt debate deeply upset me. And I detest hucksterizing the goals set by others.) I really do need to stay on my own goals, to give effectively to others, and to show compassion.
Besides compassion, there's another mandatory resource: forgiveness. One may not survive a tribalistic or partisan-driven world without it. 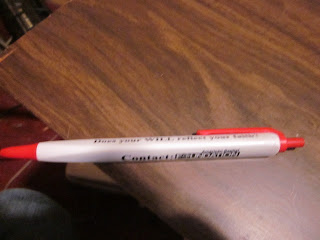