In my 1997 book, I had advocated constitutional amendments, including a balanced budget (be careful what you wish for) 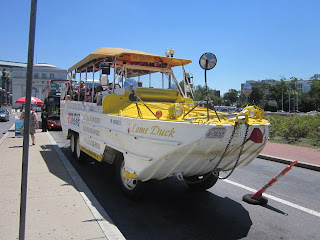 The last chapter of my 1997 “Do Ask Do Tell” book did propose a (long) constitutional amendment to anchor certain individual rights, and in the course of proposing it, I discussed the way constitutional conventions work and discussed earlier attempts to pass an equal rights amendment as well as older proposals for a Balanced Budget Amendment that go back to the late 1970s.
This is important now, since today the GOP is still trying to make a mandatory passage of a BB amendment by Congress a requirement for a second (and therefore present as well) extension of the debt ceiling.  Another wrinkle no one has explored yet is the constitutional convention process itself.
People told me, sometime after the appearance of my book, that throwing around proposals to amend the Constitution could be dangerous.  “Be careful what you wish for,” they said to me.  Maybe they were right.


Another problem has come up with criticisms of my “screed-book”. “Why won’t you run for office yourself,” people ask, “or help our candidates”.  Now that seems relevant, because we seem to have a large number of members of Congress who are very intransigent and willing to throw themselves around to be noticed.  Some of them also seem intellectually deficient, unable to grasp the dimensions of a potential default.
In fact, John Boehner showed a clip of Ben Affleck’s film, “The Town”, where Affleck’s character says, “I’m going to go out and hurt some people” and does so. (Does that mean, hurt other MC's, or throw ordinary people off the boat?)  That’s ironic, because Affleck has talked about running for Congress (as a Democrat). No question, someone like Affleck, or his buddy Matt Damon, or Ashton Kutcher (“real men don’t buy girls….”), someone like George Stephanopoulos, or anyone with a comparable intellect (say a Silicon Valley executive from any number of companies I can name) would grasp what is going on and wouldn’t behave this way.
It really does matter whom we put in office.  You get the government you deserve. And we could think about serving in Congress as a kind of public service, something only for four or six years, not a career.
In 2000, I actually entertained the idea of running on the Libertarian party ticket for the Senate from Minnesota. But if I were there now, I wouldn’t vote for a measure that stops the US government from paying its current bills (or vote against a measure allowing the government to meet its current obligations).
What I dislike, of course, is the idea of giving up my own public “intellectual independence” to join somebody else’s cause.  I dislike these emotionally manipulative ads from lobbying groups that present only one side of a question and presume ignorance.  Yet, some of this is inevitable in a society that has any social organization at all.  And our loss of socialization can threaten our sustainability.
Posted by Bill Boushka at 12:00 PM