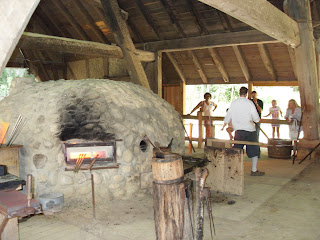 Here’s a good one about “morality” and the debt crisis: “The Debt Ceiling and the Pursuit of Happiness”, by Arthur C. Brooks, p A13 of the Wall Street Journal Monday, link here.
I like his reference to “meritocratic fairness” and other platitudes about entrepreneurs, earned success, and generational fairness.  But I also remember some comments on talk radio back in the 1990s (on shows by Rush Limbaugh and Oliver North, to be sure), from a minor  African-American Republican candidate Alan Keyes, who insisted that economic stability depends on the morality of its individual citizens.
The “ideology” of the Tea Party (aka “Toilet Paper”) may take some unstringing, but one observation stands out: when individuals take care of themselves but also of dependent persons in their own families, communities, and to a lesser extent “globally”, society does not need to depend as much on a politically-controlled government safety net – and so it is less vulnerable to economic shocks from external causes or internal, polarized (or partisan) political battles .  I don’t think that means there is no central government at all, but that’s another discussion (that could sometimes trip up libertarians).
There can follow a rethinking of notions of “personal responsibility” v. the capacity to take care of others that should be expected of all independent persons in a democratic society. “Family responsibility” goes way beyond just the “choice” to “risk” having children. And all of this bears on the moral debates we have engaged recently on gay issues: the military DADT, marriage, and even parenting.
Posted by Bill Boushka at 10:01 AM