Zakaria asks viewers to suggest US constitutional amendments (or rewrites): a good idea? 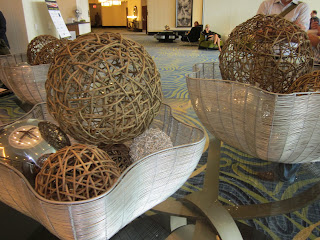 Fareed Zakaria, on his “Global Public Square” program on CNN today, asked readers to submit proposals to answer his question “Is it time to update the U.S. Constitution”? His Wordpress blog entry on the matter is here.  The question was motivated by recent history in Iceland.
OK, there are plenty of amendments to the Constitution, starting with the Bill of Rights.  In my 1997 “screed book” (“Do Ask Do Tell: A Gay Conservative Lashes Back”) I proposed a long amendment that I thought could form the basis of a “Bill of Rights 2”.
Some excerpts (these occur in Chapter 6 of my book):
"Section 1.
In the following sections, “covered jurisdiction” means the United States, any state, or any other subordinate jurisdiction.
Section 2.
No covered jurisdiction may pass any legislation defining any conduct occurring in privately-owned space as criminal when there is no reasonable chain of events that could lead to an actor's actual conviction of the (specific occurrence of the) crime. Obtaining witness testimony in consideration for immunity will be considered a legitimate method of obtaining conviction for a crime when (1) the witness is victimized by the crime, or (2) there is immediate threat of injury or death to persons.
Section 3.
No covered jurisdiction may pass any legislation which criminalizes private, consensual, non-fraternal intimate conduct between adults, unless a specific occurrence of the conduct results in provable infliction of injury upon or transmission of disease to a person.
No covered jurisdiction may pass any legislation or administrative rules whose only purpose is to “stigmatize” persons based on a perception of their participation in the intimate conduct as just defined.
In this provision, "fraternal" refers to persons related by blood, by military rank, or by a similar reporting relationship in government employment.
Section 4.
No covered jurisdiction may pass any legislation which criminalizes or otherwise prohibits cohabitation between any consenting adults, except for reasonable requirements for per-person living space.
.
Section 5.
Nothing in Sections 1, 2 and 3 requires any covered jurisdiction to recognize any group of individuals as a "suspect class" (requiring “heightened scrutiny” or “disparate impact” consideration) according to their preferred forms of adult intimate behavior. Nothing in these sections requires Congress or any state or subordinate jurisdiction  to recognize any particular intimate relationship as a legal marriage.
Section 7.
The United States recognizes property as an important component of personal privacy and expression and, therefore as a fundamental right. No covered jurisdiction may seize property under tort and hold it without trial for more than a brief period necessary to ensure public health and safety. Property may be withheld permanently only after civil trial or as part of a sentence for a criminal conviction.
Section 8.
No covered jurisdiction may require involuntary servitude, even with pay, of anyone.
Section 13.
The United States shall honor reasonable and proper procedural due process in all administrative actions against its employees or against members of the Armed Forces."
I had called this a "Right to Privacy Amendment" when I was writing the book in 1996 and 1997.  Douglas Ohmen, at a national Libertarian Party caucus in Washington in 1996, had simply suggested "The right to privacy shall not be infringed" as an amendment text.   One problem is that there has been, in the past, a legal tradition that if some particular behavior seems to have no legitimate purpose (in majoritarian culture), the "propensity" for the behavior can become the target of legal sanction, overriding due process; that point was somewhat retired in 2003 with Lawrence v. Texas. Such an idea also lay underneath the military gay ban, even before "don't ask don't tell".
I didn’t excerpt all of it here, as some parts of the book’s proposal I would change.  Things change with time.  Some of these (as above) were related to specific issues that I took up in the book (gays in the military, the draft, and the way “the right to privacy” is related to due process. I might add a right to self-defense within one’s own home, explicitly construing the Second Amendment as an individual right. I would not include “social rights” (such as the right to health care) because they can be procured only at the expense of others. Yes, we should debate universal health care, but not on a constitutional level (although FDR incorporated social rights in his “four freedoms”).  In fact, Virginia and some other states may be right in saying the Constitution would prohibit the federal government from requiring people to purchase anything (it’s indirectly related to servitude).
Another area that could use some work is in the First Amendment, clarifying whether there is any distinction in the level of protection for "group speech" (as with assembly, petition, or even the press) with individual speech, particularly when self-published in the rather revolutionary "free entry" environment.
I don’t think many reasonable people right now really want the federal Constitution to define marriage. But it might be reasonable to say that the Full Faith and Credit Clause doesn’t require states to honor marriages in other states that could not have occurred in their own.  From a practical viewpoint, the best chance for progress in acceptance of same-sex marriage is at the state and local level, with gradualism.

As I noted, FDR had proposed "a second Bill of Rights", although at a constitutional level it's hard to guarantee economic goods as "social rights".
Posted by Bill Boushka at 6:00 PM