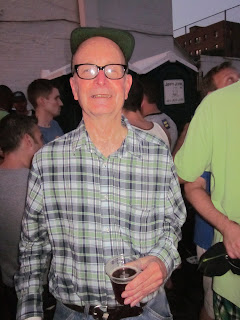 On Friday June 24,  Michael Fertik, founder and CEO of “Reputation Defender,” appeared on the ABC 20-20 show and suggested that the law needed to look more closely at downstream liability for service providers in order to protect ordinary people from online defamation by others.
I wrote a review of the 20-20 broadcast Saturday (June 25, 2011) on my TV Reviews blog.  I looked further into it this morning.
Fertik said on Friday that someone harmed by online gossip or compromising photos might win a legal judgment for defamation (libel, if false) or invasion of privacy (sometimes), but still be unable to force the service provider to remove the offending material.  He suggested that the DMCA Safe Harbor provision (a bone of controversy for years, but recently of contrapostitional interest in the Righthaven cases)  should be used with a twist involving images. Use the copyright law to force the service provider to take down the offending and reputation-harming images.
Can this work?  I found a link on Yahoo! answers: “Can you copyright your face?”  There used to be a site called “copyrightyourface.com” but it’s gone; the best answer seems to be, “your face is not a creative work, but a photo of one is.” You can copyright your own photo of your face, but not someone else’s.  Mark Zuckerberg can’t copyright Time Magazine’s “Person of the Year” photo of his face. Think about it: it is taken in a focused away to create some transformative artistic expression.  Here’s the Yahoo! link.
There is an enormous practical problem, though. The law puts a lot of pressure on credit reporting companies to correct incorrect information because the law knows that employers as well as lenders use them to judge the suitability of a potential client or employee.  But there is no easy way for the law to put similar pressure on service providers as opposed to content providers (the Section 230 issue, in force as part of the 1996 Telecommunications Act) regarding defamatory, privacy-invading or embarrassing posts about specific people.
This begs another question: why are employers so slipshod in conducting “background investigations” with search engines never intended to be used for such a purpose?  It’s all too easy to get the wrong person, and it seems silly to believe everything someone posts about someone on the Web.  (“I read it on the Internet, so it must be so!”) It’s as if employers believe everyone is responsible for his own reputation and for whatever anyone else says about him or her in public, obviously beyond one’s control.  Yet some people, such as some teachers, are obviously vulnerable to reputation damage – even if a photo showing them drinking in a bar appears.  And the possibility of third-party tagging recently announced by Facebook will only complicate the issue.  We wind up seeing the Internet become an instrument for forcing social conformity. Welcome back to the world of Frances Farmer!
As for me, I try to stay to the issues. I don’t see any good done by spreading personal rumors about individual people on the web.
If service providers had to review everything that users put up for possible defamation or invasion of privacy, the “free entry” system for Internet self-expression would go away, and publication would become the domain of big business again, as in the past.   But Section 230 is surely bound to come under more attack.
Posted by Bill Boushka at 9:22 AM