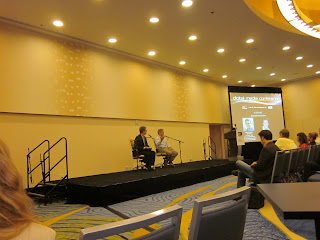 I attended the Digital Media Conference (from Potomac Tech Wire) at the Renaissance Marriot Hotel in Crystal City (near Reagan airport) in Arlington VA today June 17, 2011.
Steve Case, cofounder of AOL, recalled the early days of the WWW when a lot of people didn’t see where it was headed.  He was interviewed by Paul Sherman, Potomac Tech Wire.  He discussed Startup America, which sounds like it could become a mentorship opportunity for high school and college students (and minorities) learning hHe said that AOL had been primarily an East Coast company in the 90s, before Silicon Valley took off. But he did have accolades for Mark Zuckerberg. (Going right to CA at age 20 was the right thing.)  Remember Steve’s kindly advice in the mid 90s on “Terms of Service” and “Rules of the Road”? 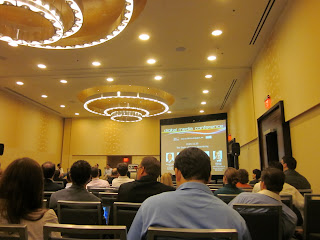 The John Trimble from Pandora Media spoke. No relation to Pandora of Avatar, maybe (other than setting up media on other planets?). He spoke on “The Power of Pesonalization”. The company puts on 100000 mobile users a day. The company helps find and aggregate copyright licenses. 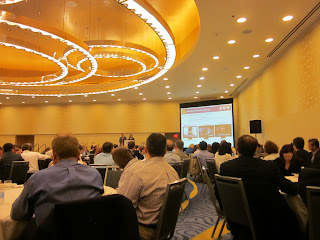 The panel on “The State of Online Advertising” featured Hoorman Radfar (Clearspring), Alex Vetter (Cars.com), Jim Bankoff (SB Nation), Michael Winter (Initiative), and moderator Colin Gillis (BCG). The gist was still to emphasize targeting consumers with specific offers, even to the point that sometimes ads from competing brands at the same time. They also talked about “low quality publishers” with unpaid content. Some vendors say that display advertising is actually bad from branding. There was a general agreement that pressure on the industry to standardize privacy practice and opting from tracking could be a good thing in the long run. 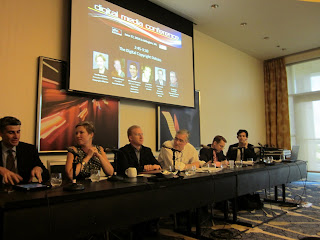 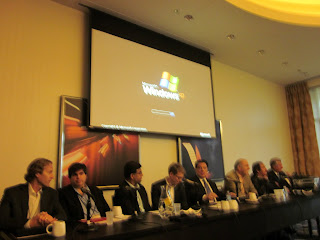 Before lunch, we watched a Gannett video, followed by a keynote interview of Grarcia Mattore. She said that newspapers were only one of the platforms of media companies, but 40% of Americans read newspapers and their companion sites regularly, and some papers have actually increased Sunday home delivery. The panel mentioned the importance of social media reputation in many jobs.
Comcast presented interactive overlay videos for Brut (“there’s my manhood”), Nike(leading to a short film about the Black Mamba).
Matthew Diamond of  Alloy Media gave a keynote speech about producing content targeted toward the Digital Natives. He discussed the progression from the guided web to the searchable web to the social web.  Alloy partners with Summit Entertainment, Warner Brothers and CWTV, and a few other studios . Matt mentioned that he is the father of a three-year-old, not a teen yet.
The “après-midi” continued with the Digital Copyright Debatem with Sandra Aistars (Copyright Alliance), Michale Huppe (Sound Exchange), Michael Petricone (Consumer Electronics Association), Joe Sabia (Whirled), Chris Israel (American Continental), and moderator Jim Griffin (OneHouse LLC).   There is a bill (Kobechar?) that would treat illegal streaming more harshly, as copyright infringement. There was strong support of the need for copyright and collective licensing, there was concern that Protect IP was overly broad and could invite abuse by its private action clauses. There was mention that ICE has taken down about 120 sites (but it does not have authority to take down offshore domains or those ending in ".tv" or other less standard tld's).  The panel  didn’t mention the carelessness of the takedowns in a few cases of music mixing sites.
“Content in the Cloud” featured David Dudas (Sorenson), Sean Jennings (Solutions Architecture), Jonathan King (Joyent), Kshitij Kumar (Concurrent), Charles Worthington (Altman Vilandrie), Sean Sullivan (Verizon)m David Steinberg (SnappCloud), Mike West (GenosTV), moderated by Marty Lafferty, DCIA.  Storage and distribution of content from the cloud can raise new copyright licensing issues, as well as quality of mobile broadband access.
The last session was “Data Privacy and Advertising: Balancing Innovation with Regulation”, with Ronald London, Davis Wright Termaine LLP, Daniel Sepulveda, Office of Se. John Kerry, Jules Polonetskym Future of Privacy Forum, Elizabeth Frazee, TwinLogic Strategies, moderated by Jon Potter, RPG Strategies.   One interesting point is that advertisers actually require that individual sites (even blogs) that they display on have privacy policies, but no federal law requires it (although that was proposed in the 90s). There is an ethical and legal point that individuals have a right to determine their own level of privacy when consumers of commerce. Sepulveda says that publishers and advertisers should agree to a “basic code of conduct” if they can be depended on to self-regulate.


The Kerry bill (S 799) requires disclosure of information collection and offers individual participation in collection of information, and requires a “purpose”. Kerry's bill is called the "Commercial Privacy Bill of Rights Act", with Open Congress link here.
Privacy concerns would span over the issue of collection of data (or “tracking”) of website visitors, but it could also incorporate publication issues, such as the publication by third parties of images and subsequent tagging of images by others, possibly now with the help of facial recognition software.  There is also a debate about “the right to be forgotten”, particularly in Europe. If something is true and published, should the individual have any right to eventual redaction (as for minors)? 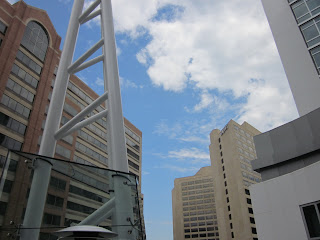