A perfectly legal upload in Copyright School (a 12-year-old musical composition); more thoughts for the next Manifesto; note on AP 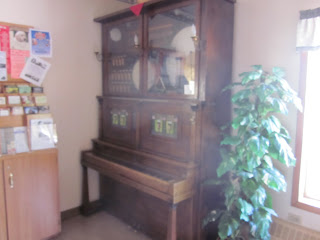 Okay, first, let’s have some fun. I played a few measures from memory of the Minuet from my A Major Sonatina composed in 1955 at age 12. It’s perfunctory, and I didn’t play it that well on my new Casio. But it’s “MINE”.  So I can upload it. It’s original music. Too bad if you think you’ve heard it before (for me).
I even had to put Time Magazine covers out of sight, to avoid accidental infringement.
And, yes, if you’re a composer or an author, you want what you publish to be “yours” (without being too self-centered, as I must get to that).  Sure, it’s illegal (I guess) for me to record William and Catherine’s wedding from the web and repost it, but why would I want to do that anyway?  (To set things “straight” (pun intended), I did order a DVD of the wedding from Amazon, so I can listen to all the wonderful music, including Parry’s “I’ll Be Glad”, perfectly legally, with no surprise phone calls or process service.)
This still leaves me wondering if a tune banged out on a pianoforte by a non-human (like Nora, the Piano Playing Cat) can be copyrighted.  I guess.  A bird’s song is certainly public domain, but what about a bird (parrot, even mockingbird) that makes varied calls?
But all the emphasis on originality and truthfulness of one’s own work begs the opposite question. No matter how proud one feels of one’s own work (or even internal judgments), he or she cannot succeed if customers don’t succeed and other peers or stakeholders (family or not) don’t make it.  That may be part of the libertarian answer to the Rick Warren call “It isn’t about you.”  Or, it isn’t “just” about you.
It reminds me of the debate on “equality”, which “before the law” is a bedrock of democracy.  There is a bit of a paradox, that reminds me of relativity in physics. If everyone is conscious of themselves only from the perch of individual “equality”, then a progressive society cannot sustain itself.  To some extent, we do stand or fall together (so it is in the Gospels).  In an purely economic sense, we’re dependent on whether others we pay can actually do their jobs without being exploited.  So if someone else cannot succeed because of something we don’t approve of and still don’t want to be involved in, it still can be our problem – which can cut both ways.
This also reminds me of my irritation about being asked to join other people’s one-sided causes and recruit or petition for them, without looking at all the facts in an “intellectually honest” manner. But there’s something about playing overlord and publishing commentary (even in musical or operatic form) of the tribulations of others, without taking on the same risks or accepting the same level of group goals.  Kibbitzing can affect the outcome of chess games, and gawkers can affect how well “players” on the dance stage really do.  It’s all relativity: the observer affects the observed. 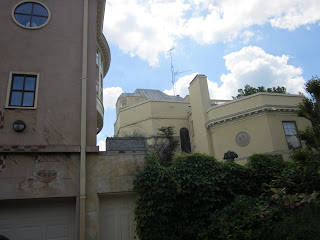 One other thing: I've noticed that some newspapers are reproducing only the first sentence or two of AP stories, such as a recent story about the Presbyterian Church allowing unmarried clergy to be non-abstinent. This may be related to AP's "crackdown".  I'll watch this further. (Picture below; Arlington Trinity Presbyterian; above, Embassy Row in DC; top: a player piano at Roadside America in PA.) 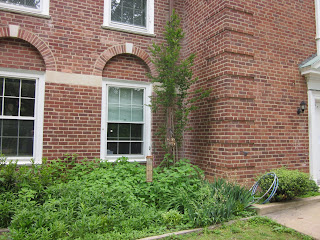 Note: This posting was originally made Wednesday May 11.  The date changed when I readded the labels. I've since been able to backdate it.
Posted by Bill Boushka at 1:00 PM