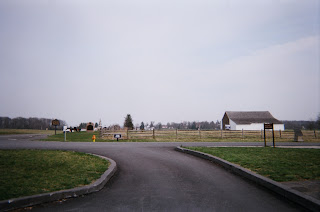 Here we go again, with a “Son of COICA” act, S. 968, introduced by Patrick Leahy (D. VT). It is called euphemistically the “Preventing Real Online Threats to Economic Activity and Theft of Intellectual Property Act”, or the “PROTCT IP Act”, for short.  Techdirt has a pointed summary based on EFF, here.  (It reminds me of the "relationship" between COPA and CDA!)
The Act would give private copyright owners powers similar to those of government in COICA, with some specifically disturbing ones, such as requiring search engines to remove links to the offending site from its results. Although there is supposed to be some judicial oversight, the process seems to be “shoot first, ask questions later” (like the rather infamous raid in Pakistan recently).  The whole bill would seem to encourage copyright trolling, like that of Righthaven, and increase the standing of this kind of “business model” to litigate or encourage champerty.
Ars Technica has a similar summary by Nate Anderson in its “Law & Disorder” series, here, May 11.
Ars Technica also reports that the Department of Homeland Security asked Firefox to remove an ad-on that could bypass domain name seizures. One wonders if router manipulation techniques that bypass ISP’s to identify domains more quickly could be forbidden.  (Remember that Ars Technica was "indirectly" targeted by Righthaven, as reported in late March.)
Righthaven victim Brian D. Hill has a blog posting about the bill on his Uswgo website, here, May 15.
The govtrack reference is here. It shows introduction of the bill May 12 and its referral to subcommittees.
The Alex Jones Channel has a Youtube video form Feb. 2011, that is scary, predicting the day people will need licenses to have websites and discussing cyber crackdowns in other countries now    His site is “info wars” (link) talks about requiring ISP’s to filter for “blacklists” for objectionable material (porn, hate, gambling, or “illegal activity”, and Wikileaks).  He also talks about proposals to require a “Net ID” to get online, and about the “safe Internet”, or “Internet II”, where all user domains are subdomains of major carriers while the Old Internet is shut down.
I’ve noticed a particular trend in my own life since about 2005. People (possible employers), finding me on the Web, try to drag me into their worlds and encourage me to learn to “compete like a man” again to manipulate and sell to other people (to hucksterize), as if to divert and warn me the “free entry” Internet model might not be around much longer.  Or is this my paranoia?
Posted by Bill Boushka at 9:48 AM