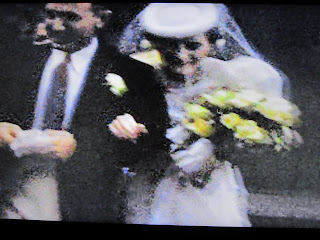 I won’t keep giving URL links to the Washington Post on this entry today, since I don’t like my bibliographic downpours to train over the same areas. But a couple of different topics this “real Memorial Day” caught my eye quickly.
On page A23, New School English professor Candy Schulman talks about the pressure on kids in “better” (both private and public) high school, in a piece titled “High-stakes high school burnout”. What struck me as alarming was her mention that her daughter had dropped piano lessons after eight years, first to play varsity sports, and now the study time was so extreme that soccer too was at risk. I took nine years of piano (from third to twelfth grades) and essentially lost my way as to being able to make music a “life’s work”. My first piano teacher had wanted me to do that, yet had insisted that I become a “normal boy” (this was back in the 1950s).
Composer and pianist Timo Andres, now just turned 26 (I think a year younger than Mark Z), addresses the problem, of the pressure on kids who want to focus on music or other arts, briefly but effectively in his own liner notes to his 2010 Nonesuch album two-piano work “Shy and Mighty” (522413-2). You have to buy the CD or mp3/pdf file legally to get his specific commentary on this and related issues, but it’s worth it for parents and teens pondering a commitment to a career in the arts. (See my “drama” blog, May 20, 2010.)


My own experience is that sometimes "those in power" wanted the "talented" to "pay their dues" in the conventional sense before moving on with their own gifts.
There is an introduction to Ms. Schulman by Lisa Romeo, link. 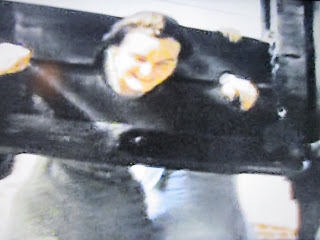 On the front page, there is a story by Jenna Johnson, “Wikipedia gets a bit of credit in colleges.”  Wikipedia has tightened its standards in recent years, often removing inadequately researched material, so professors have in some cases turned to writing for Wikipedia as a class assignment.  This is a turnaround from a few years ago when Jimmy Wales’s innovation had been regarded as a “cheat sheet” and an unreliable and skimpy one at that.  Writing for Wikipedia, since it normally is essentially anonymous publicly, does not give one the potential recognition (or perhaps online reputation risk) of a blog or even Facebook profile or Twitter feed.
I need to “make Wikipedia” and satisfy their “notability” standards, without notoriety.
Pictures: Yup, my parents got married, in May 1940, in Washington DC; on a subsequent trip to Williamsburg, my parents tried the pillory.


Here's a trailer for "Race to Nowhere" from Reel Link Films, mentioned in Schulman's article:

CNN has been reporting the story of the success of the online Khan Academy, link here, after Bill Gates noticed it and supported it.
Posted by Bill Boushka at 7:17 AM