High school "kids": Tips for getting ready for final exams (if you read "Julius Caesar" this year) 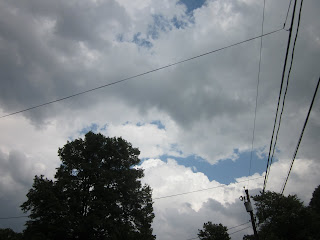 I’ve talked about my manuscript for “Do Ask Do Tell III”.  There are some elements: what other expected from me, and how they saw moral values as constructed. Then there is the question about what we can learn from all this, and where our moral values are headed today. It’s something about balancing independence (“personal responsibility”) with inter-dependence (sustainability and generativity).
The new e-book won’t repeat the old material, but will give a different organization and keyed overview of it.  I can imagine how an English professor could make up a final exam essay question on it.
I remember something about our final exam in 10th Grade English. We had a young man as a teacher (Mr. Davis) and his job was to teach us how to learn, how to review the entire year and figure out what we should have learned from the course all year learn. When I went to high school, we started finals in 10th grade, and they were three hours.  We were being taught how to take finals, something we would have to do for years in our academic careers.
So, kids, if you read Shakespeare's “Julius Ceasar” in sophomore English this year, expect a question like this. What were the values of Brutus and Antony at the beginning of the play.  How did they change during the course of the play because of the tragic events in the play? What is “learned” from the moral paradox of what Brutus went through before his end?  It seems like a fundamental question about our democratic values in western society today.  (I seem to remember a classmate who told me after the exam that he put both characters on the psychiatrist’s couch, as this was understood in 1959. Mr. Davis had said “you will enjoy this exam.”  I don't think an essay question about the Cobbler is needed on a final.  (Best film of the play, 1953, from MGM).
So, high school kids, expect a question like that on your final. Or, English teachers, ask it.  Yes, bloggers will give you ideas as to what to ask on your final exams.
You can ask something like that about “Silas Marner”, how Silas changes because of Eppie (and we could even get into a moral debate about its significance for “demographic winter”).  Maybe it’s just something about compassion.
I still remember my days as a sub.
Piers Morgan: "We call only one person Man in England. The Queen."
Posted by Bill Boushka at 6:27 PM