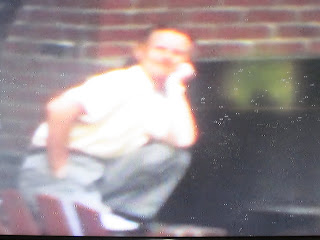 Back in Feb. 2011, the US Attorney’s Office for the Southern District of New York seized the web addresses of a number of domains believed prospectively to be preparing to carry (illegally) live streaming of the NFL Super Bowl. (That sounds even more ironic given the legal dispute now over the NFL lockout, which could shut down the 2011 season, leaving us with Ashton Kutcher’s (“APlusK”) fantasy football league.)
But apparently the sites would not have hosted any copyrighted content. They would gave provided what amount to embeds, legally like links.  If the government could seize these sites, it could seize sites unknowingly embedding infringing YouTube of other hosted (Vimeo, etc) videos.  I’ve long been concerned that the embed issue is not getting proper attention by sites reporting copyright trolling and litigation.
Here is the February story from Huliq, link.The second paragraph of the story talks about the linking issue.
The NBA and National Hockey League content may have been involved.
Professional sports sites are notoriously strict about protecting copyrights and trademarks, since they usually charge subscriptions for significant video content (although this year MLB has offered more replay videos for free than it had before).
Here’s an example of the federal seizure, still in effect in May, link. The government talks about the seizure of a "domain name".
Picture: unrelated to story (almost, that is): neighbor before parents' fireplace in 1950, from home movies. I own these 8-mm films as part of the estate, and yes, I plan to use these movies. Lots of historical footage of Arlington and DC in the 1940s.  And they will pass Copyright School.
Posted by Bill Boushka at 8:56 PM