Cell phone safety issue: Maybe it doesn't pay for us all to become "health nuts" 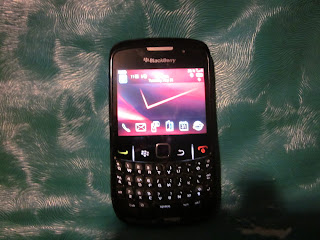 Yesterday, CNN aired a disturbing report on cell phone use, which once again raises questions about “sustainability” of our individual-centered way of life.
The report raised the possibility that minors (children and probably teens) and possibly young adults who use cell phones a lot might indeed have increased brain tumors several decades later.  But that’s mainly only in conversation (holding close to the head), not in use as an Internet terminal or for reading beaucoup text messages.
Cell phones are important in that they help make the individual “efficient” without depending on others as much. There are some religious groups (the Amish, for example) who point out that too much individual efficiency is not such a good thing, can become a mirage. 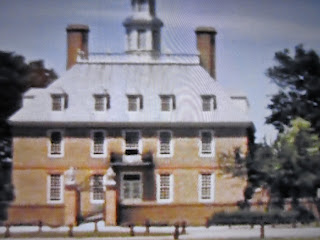 But what can become a “public health problem” depends a lot on factors that are always changing.  In colonial times, the economy in much of the South depended on tobacco, and nobody thought about a “health problem” (or as a drug dependency), because people didn’t live long enough anyway. Even in the 1950s, when I negotiated most of my teen and high school years, nobody thought of it as much of a problem. My father stopped smoking abruptly in early 1962 after a small heart attack at age 59 no doubt related to my William and Mary expulsion.  I remember giving my father a Christmas-decorated carton of cigarettes around 1950, or so, with the full blessing of my mother.
In Army Basic in 1968, they taught recruits how to field strip a cigarette; nobody saw a connection between smoking and the PCPT. Even in the 1970s, it seemed as though “everybody” (but me) smoked at bars; those Saturday night buffets at the Ninth Street Center in NYC in the mid 1970s were always smoke filled. In the mid 2000’s, bars and restaurants cringed as states and cities (including Washington) passed laws banning all indoor smoking. But now, most young adults in their early 20s at packed discos (straight or gay) like the no smoking environment, because they were brought up on it.  (Cell phone calls -- and text messages -- break up a lot of intimacies on the dance floor.) 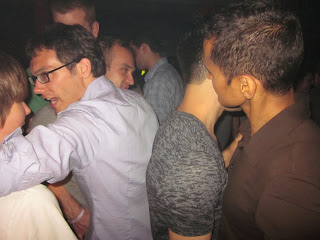 By the time I was a working young adult, the times were "a-changing" quickly, and existential problems could come out of the woodwork quickly, because of both technology and changing social mores and structures. In the 1980s, we got another rude shock as to how increased social freedom and low-cost travel mobility could lead to a diabolical public health problem: HIV.  But pharmaceutical technology (and education) made that problem much more manageable, even if there is no vaccine or cure.  Today, we are concerned just about the travel mobility itself for contagious, non-STD’s, like H1N1 or H5N1 (the H5 is much more dangerous, and could explode suddenly at any time).
And all the harping about diet – true, it’s gone on for decades, as with those “fabulous formula diets” in 50s women’s magazines – and about frequent cancer checks – they’re motivated by the fact that people can live much longer now if they try to.   In his “Physics of the Future”, Michio Kaku paints a future where toilets or other household appliances will warn you about problems, like sugar in urine.  I’m not sure I want my body watched by my computer or household gadgetry all the time.
So, what about radiation from modern devices. Maybe they could have said this about air travel, or television; if so, it didn’t stand up.  We really will faces questions like this when we try real physical space travel for average peopl. Weightlessness will definitely have long term effects.
As for cell phone use (in conversation), maybe there’s something to it. We could face another “demographic storm” in a few decades from it. It’s just too hard to see. I wonder about it now, as a current "interim" job that I have sometimes requires 30-minute cell phone calls.
As for "changng" technology -- back in 1961, a college roommate chose his clock radio as the subject of his first English theme!
(See also my Issues blog May 30.)
First picture: Verizon says I own the same Blackberry as "Mr. President".
Posted by Bill Boushka at 10:58 AM