With Internet free-flow, I passed the point of no return years ago 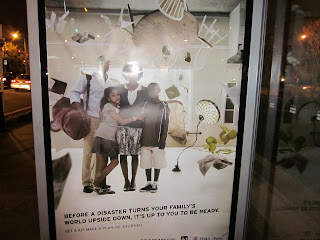 In a few posts on this blog, such as Feb. 24, 2010 and Dec. 5, 2010, I’ve enumerated some of the more “existential” threats to free entry and user-generated content on the web. Many of the biggest concerns have to do with proposals  (or litigation, some of it overseas) to loosen protections against downstream liability, in both the Section 230 and DMCA Safe Harbor contexts.  Others include “copyright trolling” against bloggers, and ideas about mandatory insurance, or conflict of interest.
I entered the world of self-publishing, first in books, and later switched to heavy use of the web as a publishing platform, to be “discovered” by search engines, then into conventional blogging, and only lightly into more direct use of today’s social media (especially Facebook and Twitter).  I had a “message”, which was motivated in large part, at first, by the evolution of “don’t ask don’t tell” and the unusual relationship of that issue to my own personal history (the WM Expulsion).  You might sum up my message with the word “karma”: it starts with a libertarian approach to individual rights and equality, and then recognizes the sustainability problems  that can evolve if we don’t remember the value of socialization, however if may invite corruption.
By the late 1990s, if not sooner, I had pretty much committed myself to seeing all this through to an end, like a movie.  Because I had put myself out there with the free entry concepts as the had grown up during Web 1.0, I did indeed have a sharp-edged reputation; soon I found that the typical “second careers” expected of “retired” people (people and sales oriented, the “we give you the words” paradigm) had become infeasible.  I wanted to originate the “words”, not prattle those of others to manipulate people in an organizational structure.
During the past seven years or so, I’ve fielded many unsolicited invitations to go to work in people-oriented jobs where my visibility would probably cause issues, so I would probably have had to stop the self-publishing and remove most stuff from the web.  Some people I know have done that, but that gets pretty impractical in the Facebook-Twitter era.  In fact, we hear career counselors say you have to be active in social media – and demonstrate a willingness to sell someone else’s message – which is not why social media were invented.  But many of the typical “retirement careers” for past techies – such as teacher, insurance agent, even tax advisor (and I write this a few days before April 15) would impute a social ability to “take care” of individual people.  (A student is, after all, a client or a customer.)
I get the impression that people may perceive self-publishing as preaching not to a “choir” but to a barren, lifeless planet.  Why should we listen to you unless you have a personal stake in our common future(?), others could ask.  All the sudden, there is a nuanced view of personal responsibility. Yes, you’re responsible for your choices, but not everything in life follows “The Axiom of Choice”.  You belong to a community, and must be willing to take some social risks and have your own skin in it to have any ownership.  Earlier generations implicitly understood this (the “prohibitionistic” view of sexual morality was really a way of say that the capability for family responsibility was mandatory even if it’s specific incidence could not be), even if social organizations and extended families descended into tribalism.  Hyperindividualism has left its own trail of problems: a tendency to drop people on the floor, and serious questions about sustainability.  Ironically, technology has shown how we can extend life, when we no longer want the social structures to keep its value – even if families in the past knew that the days came when they had to let go.

During the past few years, I have sometimes been approached, perhaps ambushed, by "opportunities" to provide a role model for someone else not intact. I find the prospect of this expectation quite daunting when I did not raise my own family, and was drummed with the idea when I was younger that I would not be fit to do so. It is not easy to turn something like this around by fiat.  In the final analysis, the only way for me to get in the game (and be a role model or even a paternal figure some day) is to finish the "individual work" that I started, and demonstrate the concept of persistence with one's own vision. "It takes a long time." 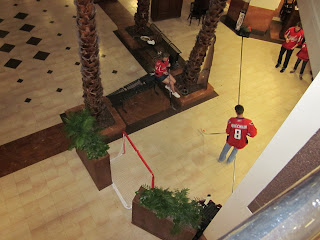 Labels: existential threats to Internet free-flow, privilege of being listened to