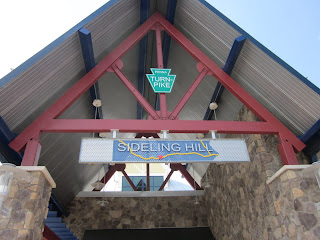 On April 7, Electronic Frontier Foundation (EFF) published a brief essay reminding speakers of the importance of the Viacom v. YouTube case, dating back to 2007.  The case is now before the 2nd Circuit, which hopefully will agree with a lower court that the DMCA Safe Harbor should shield YouTube from secondary liability.
Viacom (Paramount) seems to be arguing that secondary liability occurs as a basic doctrine of common law. It may, but Congress can certainly override it, as it did with DMCA Safe Harbor (and, in another context, Section 230 -- where American law is more protective than European, as we know from an open downstream liability case in Italy).
YouTube (and Blogger and Wordpress) are not the only service providers at potential risk. So would be conventional social networking sites (Facebook, Myspace, Twitter); even the ability of major companies like Verio and Network Solutions to provide low-cost shared hosting to individuals could be imperiled.
At the same time (or in the same breath), I’ve noted recently that the DMCA Safe Harbor does not directly protect “speakers” themselves as many had thought. This has been one of the many lessons of the Righthaven mess.  It still needs clarification from the i.p. law community.
The basic link for the EFF story is here. Also check the PDF amicus brief provided there, which makes very instructive reading as to the major concerns.

I am still struck by the idea that large media interests would like to eliminate low-cost competition by using downstream liability as a way to end "free entry".


The video above (2 years old) is instructive. It mentions "digital fingerprint technology" as possibly part of the solution. But the Viacom side insists "you cannot have a business model predicated on copyright infringement" (e.g. MGM. v. Grokster, settled 2006).  It claims that YouTube knew that copyrighted material was a draw, but much of this dates to before purchase by Google.
Posted by Bill Boushka at 8:58 AM