Should professors become activists? Should they be required, or even allowed to? 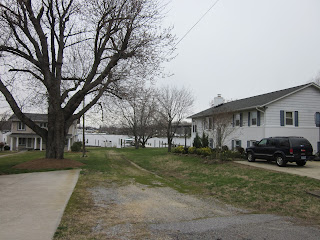 Here’s a good piece from the Washington Post Outlook April 3, “Why our professors shouldn’t be activists”, link here.
What I recall is high school history and government teachers in 11th and 12th grades (1959-1961), both male (one a WWII and Korea veteran but “liberal”) who taught the importance of “connecting the dots” or “keeping them honest.”  They would take “off” on tests for leaving sensitive material out of essay answers in a time when race was a tough call. In fact, in Seventh Grade I had a “general education” teacher, female, who drilled the importance of Brown v. Board of Education into us. 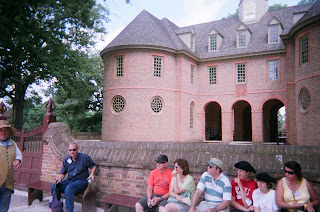 In that lost semester at William and Mary the fall of 1961, I had an instructor in English who was not afraid to give his own personal interpretation of T.S. Elliot  (he would talk about impotence) and Erich Fromm.


Even in those times, the brightest academicians in the social sciences and humanities said that there was a tension between family and the greater good.  “Family values” were necessary to sustain civilization, but could lead to tribalism corruption and war.  In retrospect, it seems as though my teachers were preparing my activism. 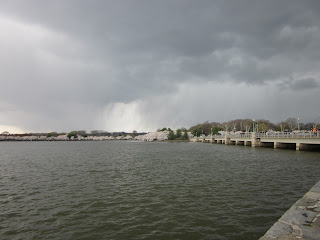 Middle picture: Try the tour of the Old Capitol (here, from Revolutionary City, which resumed in late March) in Williamsburg some day, and learn where our three main branches of government and "checks and balances" came from.
Posted by Bill Boushka at 6:01 AM