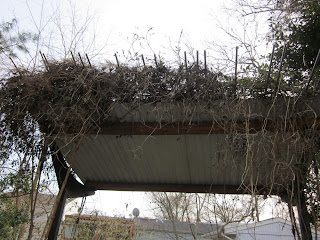 On Sunday, April 3, George Will wrote (in the Washington Post, at least) an important op-ed, “In St. Louis, a protest sign meets government arrogance”, link here.
A property owner in St. Louis, serving low income people, put up a sign on his property protesting eminent domain.  The local government demanded that he seek a permit for his sign and then denied the permit.  The sign was motivated in part by the notorious Kelo case, discussed in my book review blog (Sept. 8, 2009, discussing a book by Carla Main and the Freeport TX case).
Will makes a point that government here is deciding what it’s power is; it’s no longer deferring to the consent of the governed.
And this is about an Old World problem: signs and banners. It pre-dates the Internet.
As I type this, I’m overhearing a discussion  on the NBC Today Show about the dearth of privacy  (or its death). We’ve created a world where real privacy is impossible. There are no “take-backs” because digital images are permanent, somewhere).
And we know what Ben Mezrich said about the invention of Facebook and other social media, making a few “accidental billionaires”:  “All they wanted was to meet some girls.”  (See my books blog, Jan. 8, 2010.)  It’s more than that. All we wanted was some public attention, to be noticed!  I started that with “do ask do tell”.
The “don’t ask don’t tell” world is gone forever.
Posted by Bill Boushka at 7:28 AM