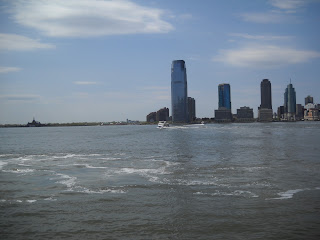 Parents of a girl whose daughter (Caroline Wimmer) was killed on Staten Island, NY, have sued Facebook after a paramedic posted (inappropriate) pictures of her on the site.  The parents want Facebook not only to remove the pictures (it has, voluntarily), but to turn over records of anyone connected with the images, even viewing the images.  But she also says all she wants is her daughter’s picture back.


The paramedic (Mark Musarella) was fired and convicted of a misdemeanor.
Theoretically, a website operator can track the full IPv6 address of any computer that visited the site (by examining server logs). That means that in theory someone could find out who repeatedly visits his site or looks at certain images, and possibly block that entity. In 2005, I used server logs to figure out when a school district had actually viewed a “screenplay” on my site that raise objections, and found that the fact pattern on the logs did not match what they had told me.  That may have helped me get a substitute teaching job back (July 27, 2007 has the incident).
The parents also want a “Caroline’s Law” for a public servant to photography and publish pictures of a crime victim on his own.
Facebook is protected from downstream liability by Section 230 of the 1996 Telecommunications Act, and says that it is doing all that is necessary by simply removing the offending pictures from the site voluntarily. It is not relinquishing its digital copy of the picture or turning over records of others (like friends) who could have viewed it.
The case may seem trivial legally,  and be driven by emotion; but it is another example of some public objection to service providers “hiding” from liability by Section 230, which we have discussed here before.
Here is CNN’s story:
Here is another version of the story on “US Online News” with criticism of Section 230 as “out of step”, link here.

As with the "do not track" and Safe Harbor debates, we have to be careful that some legal doctrines, including Section 230, affect the ability of the Internet to take all publishers and offer free (if "amateur") content.
Posted by Bill Boushka at 7:21 AM