Rodney King incident: a high point for citizen journalism, just before the Internet took off? 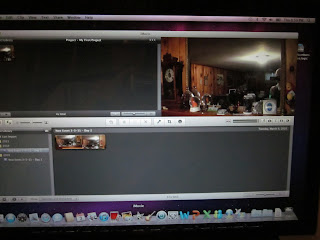 Poynter has a great story on the history of citizen journalism, going back to pre-Internet days, with some details about Rodney King in 1991. There have been legal issues and lawsuits before, and there has always been some controversy as to whether major media outlets should get “citizen journalism” for free, with link here. MSN and Bing featured the story Thursday morning. The story does cover the significance of self-publication and self-distribution.
The best citizen journalism presents original facts, discovered by the journalists.  The next best thing is to present new connections between previously known facts, the idea of “connecting the dots” (or “keeping them honest”).
The least good thing is personal opinions for their own sake, or a focus on one’s own participation in victimization.
Does good reporting create an end in itself?  Or does someone need to have some other purpose to earn standing, “the privilege of being listened to,” an old idea that seems to come back.
Posted by Bill Boushka at 6:50 PM