A note about "upward affiliation" and dependencies 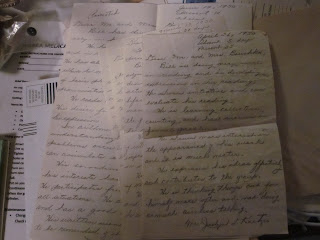 I’ve talked about the likelihood of a new “social contract  (Feb.  7) related to sustainability – that everyone shares a stake in the future after they’re gone -- concerns in terms of the “paying your dues” notion,  but the discussion often bifurcates toward concern over the meaning attributed by others to someone’s interpersonal relationships – especially, in my life, mine, and the concerns over the ethics of “upward affiliation.”
But I need to look back to the source of this. Since Mother passed away, I’ve found all of my own reports cards – handwritten – in first grade (1949), the teacher painstaking wrote every kid’s performance in cursive writing on notebook paper!   Particularly with teachers in the First and then Third and Fourth grades (same teacher), there are pointed concerns about my overdependence on others.  I’m not sure specifically what classroom activities provokes these comments.  True, they could be related to my falling behind athletically and in terms of gender-specific mechanical skills. I had the impression that others were demanding performance from me in areas related to their need to see me “conform” or to be available for sharing the fungible risks of masculinity (preparedness for war through team sports, etc).  These took up brain space for things I knew I could shine at (like music).
This can translate into adult concerns about moral karma.  No, I don’t change my own oil or tires.  But there comes a point where our dependence on others, even  through the market economy, to do the jobs we are too physically lazy or incompetent to do ourselves, raises sustainability issues.  (Think how we depend on utility linemen to restore power after winter storms.) Not everything that is important can be bought or sold with fiat money with impunity.
All of this, including growing up in an era of a male-only military draft with a social policy (student deferments and “good deals” from the Army at enlistment for the educated) produced an attitude on my part about meritocracy, that people had to prove themselves worthy competitively. During the Vietnam era, young men who did not wound up involuntarily in infantry units in Vietnam, exposed to risks not of their own choosing (I remember drill sergeants talking about one-in-three night patrols.)
So I, as a matter of “logical reaction”, developed and then nurtured my attitude of “upward affiliation” (George Gilder used that term in his “Men and Marriage” book in 1986). Before I would bond “emotionally” to someone, the person had to “deserve” the emotion, and “belong” in the world. There was no point in investing real feeling in someone who had failed or was lost.  What had been demanded of me could rightfully be demanded of others.  And this fits the libertarian notion of the use of consent in “choosing” personal relationships; no one is ever harmed or spoken of badly. Some people are left out. The market is supposed to balance this. But in practice, it seems that if everyone did this, there would be no place in the world for the less able, and a supposedly liberal society could migrate back to ancient Sparta, or worse.  It was the way I managed my attentions that was of such concern by the time of my William and Mary expulsion, and subsequent period at NIH, not how well I could do manual “chores”.  The emphasis had shifted.

Because of my background and how I reacted to such, it wasn't "real" to me that someone else, less intact, would benefit from connection to me as "a person", and that such a process would constitute a valid personal goal. (After WM, my father said, the psychiatrist had said, "you don't see people as people" but as "foils".) Such an emotional focus would seem to become a prerequisite for accepting and keeping an intimate partner in your (my) life as everyone aged and encountered inevitable problems. On the surface, that sounds like the way the Vatican talks about "complementarity" necessary for lasting (heterosexual) marriage. But it would be necessary for any relationship to sustain itself long enough to raise children.
Of course, we know that history from the late 60s on to the present day encouraged hyper-individualism and private choice; but choice started having more public significance in an age that saw the Internet (Facebook) and 9/11, all in the space of a few years.
We could say that “family” is supposed to give value to all people, and that may be more true today with lengthened life spans and periods of disability at end of life.  But in earlier generations that was not so completely the case. People could be tucked away, kept out of sight, by overprotective and squeamish families. That’s why the Gospels have such a nuanced view of family, personal, and community responsibility, in such a way as to seem to call for double standards.
Back in third grade in 1952, we did have an after-school religion class; that was “allowed” then (three decade before prayer in public schools could be debated by the “Moral Majority”). I recall that the teacher once asked us to confide anything we wanted on an art-work sheet we would turn in. I wrote down “I have idols.” 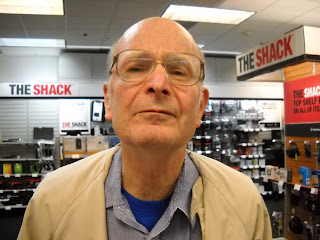