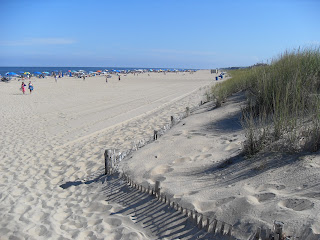 Recently, the Albuquerque, NM police department announced that it would develop a social media policy (or blogging policy) for police officers and employees after an incident where a police officer characterized his job as “human waste disposal.”
The department says that when an officer speaks on Facebook and is identifiable as a police officer, he is representing the department, and inappropriate comments could undermine future testimony in court and jeopardize legitimate prosecutions.
This doesn’t sound remarkable to me. But almost any statement of opinion about some group of people might be construed as hostility and create this sort of future legal jeopardy.
I discussed this “conflict of interest” issue on my “IT Jobs” blog today.
I also found that several local newspapers in the Southwest had already archived the story, or require subscription to read. It appears that, in line with recent concerns about newspaper loss of revenue and the whole Righthaven mess (suing bloggers -- most of Righthaven's potential clients seem to be smaller newspapers belonging to certain media companies), some small newspapers are taking the strategy of not sharing local stories (even those of potential national importance in setting examples) as openly with the major national media sources, partly so that other low-cost or free online journals can’t as easily “compete” with them. This is their right, but it sounds foolish.
However TV station KOB had an embeddable clip:
Eric Schmidt talks about newspaper business models in an "Atlantic Wire" piece "What I Read" where he talks about "freemium" plans and suggests that Google and other providers can help newspapers experiment with legitimate strategies for earning content-based revenue (from ads and subscriptions). The link is here. The same could be true for bloggers.