Don't over-depend on "The Cloud", especially somebody else's "free" services 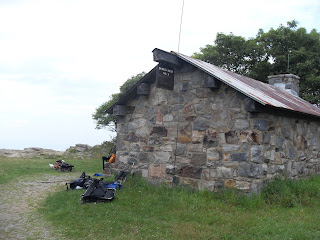 Computer World seems to have the latest news on the Gmail outage reported this past weekend, with the basic link here, and it plays Devil's Advocate.
Gmail has its own account of the problem, dated yesterday, here.  (Gmail has been praised for being one of the first services to use https.)  And the BBC has a story making a rather tenuous comparison to an outage for a British telecomm company Vodafone, here.
As various other media reports say today, there’s something to be said to taking some responsibility for the safety of your own email and blog content, especially if you use “free services” like Gmail, Blogger or Wordpress, and the like.  This question also applies to use of “free services” for publishing and social networking. These are, after all, ad (and probably “tracking”) dependent to be profitable.
There’s an argument as to whether it’s better to pay for your own space, and then map your blogs to it (and have your own licensed copies of the publishing software in that space rather than depend on the “free service”).  Right now, this is still cheap. And you may get more “due process” in case of a mishap or false accusation (of spam).
In fact, it’s getting common to use “cloud” backup services (Carbonite, Mozy, and now Webroot).  These aren’t free; you pay for them, but they are not perfect.  What I find is that these are still much less convenient to use that your own flash-drive backups if you have a hard drive failure or have a computer rebuilt.  At one time, I had Webroot, and then that backup failed on a Vista machine and I started using Carbonite. Now that I have a new version of Webroot security on Windows 7, I’m back to Webroot. It’s too much work to keep track of so many backups and use bandwidth to run them all the time.
So, I make my own copies of my own blog content and flat site content, save them on USB PNY flash drives, and let the Cloud back them up, too.  I sometimes keep one flash drive in a safe deposit box, if I travel.  It wouldn’t be a bad idea to make copies of Facebook and Twitter posts and back them up separately.
Emails I usually don’t need to keep  (media reports talk about how people saved their own AOL email in the good old days); but the few that I do need get the same treatment: manual backup to flash drives from a “private memos” directory (stuff I don’t publish quickly, which amounts to a lot more than “you” would think from what I do post).
But, beware that "The Cloud" doesn't morph into Steve McQueen's "The Blob".  Or, "it crawled out of the woodwork."
Posted by Bill Boushka at 8:07 AM

"Correct me if I'm wrong", Bill, but isn't "Blogger" a free, cloud-based service?

I think that is a true way to characterize it.