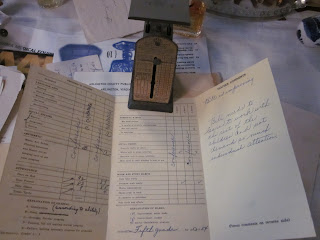 The Washington Times has a comprehensive discussion of libel on the Web in an article Monday Feb. 21 by Ben Conery, “Sherrod’s Suit vs. Breitbart tests libel in era of Web”, link here.


In 2010, Mr. Breitbart, a “conservative” blogger, posted a video on YouTube excerpting a Sherrod speech (to the NAACP)  excerpted in such a way as to suggest that Sherrod had engaged in or supported reverse discrimination. Sherrod lost her job at the Department of Agriculture (she received and email while driving him ordering her to resign immediately, and was offered it back when the ruse was explained, but she didn’t want it.
Theoretically, there may have existed copyright questions, too. But here Sherrod maintains that Breitbart intentionally defamed her by taking her remarks out of context and not showing the entire speech if he were to show anything at all. The libel claims rather resemble those of the “false light” concept in privacy law. Had her entire speech been shown, it would not have been misleading.

In the United States, "truth" is a definitive defense against a libel claim, but falsity may exist when an excerpt leaves out material (like a conjectural conjunction "if") in such a way as to mislead.
Also relevant is the question as to whether Sherrod is a “public figure”.  If so (and she is), a libel action would have to meet a higher standard, of actual malice and reckless disregard for the truth. (Along these lines it’s interesting to ponder possible libel action against Lifetime by the Amanda Knox family, discussed in the movies blog Feb. 21).


The “public figure” concept is itself complicated by the Web, because almost anyone (like me) can become a public figure “without competition”.
I’ve also had the issue of “context” in my own “self-libel” case that I describe here July 27, 2007.
Posted by Bill Boushka at 7:14 AM