New "do not track" bills introduced in 112th Congress (by Democrats); what does "track" really mean? 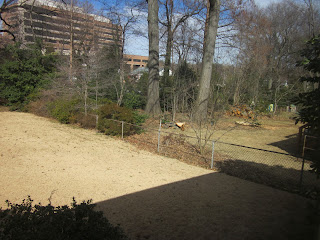 Peter Eckersley has an important piece for Electronic Frontier Foundation, “What does ‘track’ in “do not track’ mean?”   He proposes that most users wouldn’t object to limited tracking in some circumstances, and mentions some concepts like “1st Party Website” (what you see when you run the mouse over a link).   He also supports the idea of an industry practice for allowing users to transparently limit tracking; he mentions “Tracking Protecting Lists”, “Adblock Plus”, and “EasyPrivacy”. The link is here.
He also discusses some important legislation introduced in the 112th Congress. There’s been talk that a pro-business GOP-run House won’t support concepts like last year’s Boucher Bill, but Jackie Speier (D-CA) has introduced a bill, HR654 (in conjunction with 653), the “Do Not Track Me Online Act of 2011” that sounds like it means business.  Her link is here.
You can also look up the bill at Open Congress here, or Govtrack (website url) here.
The Rush bill (Bobby Rush, D-IL) seems more moderate, story here.
What I think people don’t see is that the business model that makes user-generated content profitable (and that indirectly exports “revolution” overseas as a result, which we think is a good thing) depends on a certain “openness” of individuals to the outside world, outside of what is mediated by their immediate families or home communities.  This is a generational thing, which helps explain why Facebook has been so successful.   But it couldn’t continue if legislated away, to the tribal and “family loyalty” standards of earlier times.

Of course, the same individualism has made many people less willing to accept telephone and door-to-door solicitations and to buy from "professional salesmen"; but the analogy between "do not call" and "do not track" sounds false.

Tracking should be based on IP addressing only (with analogy to physical postal addressing in the "real world"), and separated from PII (personal identifying information) as much as possible.


I have an important story Tuesday on the Internet Music Score Library Project (IMSLP) based on a New York Times story yesterday, on my dramas-and-plays blog.
Posted by Bill Boushka at 5:12 AM

Labels: do not track