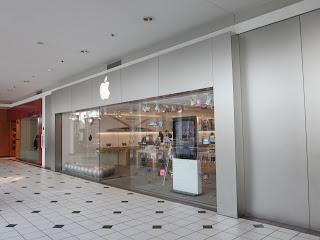 As noted this week, there is increasing pressure on the Internet world not to track users or to base too much of corporate business models on visitor behavioral profiling.
As noted, much of the incentive for companies to offer users the ability to supply and self-publish content comes from this model, including its use in social networking sites. If behavioral advertising becomes less profitable because it has become less acceptable, companies would have to look for “other means”.  These could include trying to measure “self-publisher reputation.”
On my Internet Safety Blog yesterday, I noted how McAfee Site Advisor appeared to have suddenly marked most “amateur” sites (that had recently been “green”) as gray or untested again. I looked around at some of the other rating systems, including the “My Web of Trust” (MYWOT) plug-on for Mozilla Firefox.  I looked at my own for my blogs and sites, and even though I am marked green for “trustworthiness” consistently, I found that some of them were marked “yellow” for “vendor reliability”, “privacy”, and “child safety”.

Community-based rating systems like this would need to watch for "mutual admiration societies" akin to "link farming" and practices sometimes seen with "spam blogs" which have been a difficult problem for service providers since around 2004
All of these are calculated from visitor ratings, rather like starts on movie reviews on Amazon. I don’t expect anyone to log on to my sites, so the privacy seems irrelevant  -- but I would need to https anytime I decide to have a logon capability. I keep the content pretty much “PG-13” but I was a COPA litigant, and some people may not like some of my “subject matter”, however abstractly covered.  On the “reliability”, visitors could be referring to my now dated books (which are sold through Amazon, BN and iUniverse but not directly from the sites, which don’t take credit cards), or to the accuracy of the posted content, which I try to supplement with bibliographic links.  But I suspect some visitors rate text content on whether they “agree” with it socially and politically.  The yellows tend to occur on blogs with more controversial postings.
The general impression is that site safety is about whether it is free from malware.  That is certainly a big part of it (“trustworthiness”),  but other issues like the “reliability” of content or products sold can also be rated, as well as secure access (https availability) and freedom from “surprising” adult content.
I still wonder if we could he headed toward a world of “online reputation scores” a bit like FICO credit scores, except it would be difficult to pin down how they should be calculated.  The safety (freedom from malware) and reliability of a person’s offerings on the Web could definitely come into play, and I suppose they would have to be calculated from a number of rating services (which makes McAfee’s sudden graying of site ratings troubling).  It’s important to note that most anti-virus companies check sites against “blacklists” of sites known to be associated with malware, spam, or sometimes otherwise socially unethical behavior (see yesterday’s posting about one particular company and “reputation analysis”).
It’s prudent for bloggers and webmasters to start looking at how their sites are regarded by all these facilities and Internet security companies.  Otherwise, as business models change, they may find themselves without hosting  some day.
So Michael Fertik’s concept of online reputation (and his company Reputation Defender) is certainly expanding.
Posted by Bill Boushka at 5:59 AM