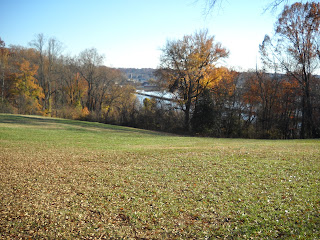 The Virginia Board of Education is considering rules on teacher conduct that at first seem motivated by a few egregious cases of abuse by teachers and failure of school systems to screen prospective teachers with background checks (especially former Manassas high school English teacher Kevin Ricks, as investigated and reported widely by The Washington Post recently).
But the rules are interesting in that they would more specifically affect how teachers can use social media and other instrumentalities of their own outside of school.
Teachers would be prohibited from friending students on Facebook or similar sites (Myspace). Probably they would not be allowed to track students on Twitter (or even Blogger), and would probably have to deny Friend requests on Facebook or requests to be followed on Twitter.  The State could be in a position of having to draw up rules dependent on how various services worked.  (Perhaps it could even try to prevent teachers who do have their own personal websites to examine server logs to see if students had visited them.)  However, there’s nothing inherently unconstitutional about regulating how people can use various services or consumer products when public safety is involved.
The news story, by Josh White, appeared in print in the Washington Post Monday Jan. 10 in the Metro Section, with link here.
Teachers would not be allowed to socialize or fraternize with students after school, even off school property.  The practical fact that it is dangerous to do so is common sense, and was well demonstrated by the plot of the 2003 film “Student Seduction” from Lionsgate and Lifetime, reviewed on my Movies Blog May 4, 2010.
These sorts of rules are probably becoming common around the country, but this is the first time I have heard such guidelines explicitly discussed for Virginia.
The story stopped short of getting into the “implicit content” or “online reputation” issues that I have considered on this blog before.  But around the country, a few school systems or even teachers’ colleges have shown short fuses, firing teachers or denying diplomas on the basis of relatively innocuous personal Internet postings (such as the “Drunken Pirate” image case in Pennsylvania). And I had my own issue, as described here July 27, 2007.
Posted by Bill Boushka at 6:46 AM

Labels: my history as a substitute teacher, teachers fired for online activity