Media and Internet "Asymmetry": when are we our brothers' keepers? 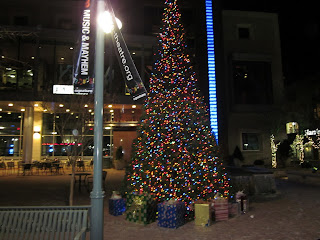 I recall that, on New Year’s Night of 1976, back in NYC, one of my first “partners” said that his greatest concern in the world was “the abuse of the media.” (He also fed me the line that he taught a college course in “The History of Consciousness”, a la Jeffrey Mishlove [book was "The Roots of Consciousness", 1977].)

Now, in the wake of the Arizona tragedy, we have a general discussion going on that the Media, by being available 24x7 and being very addictive (via the Net and social media, which even customizes the News Feeds now) is getting, if not “abusive”, at least “dangerous” in that it can spurn unstable people into horrific actions. (Check the media stories to follow the details of the Sarah Palin PAC "cross hairs" metaphor.)

I suppose there is something to this: we have a world where everyone sees himself (or herself) as personally wired (maybe even tied biologically as in James Cameron’s “Pandora”) to the whole outside Universe, without regard to any preferences or loyalties implicit in family or other social grouping. We have indeed moved away from the social insect model. But it means that many of us may be much less involved with other people in any way that “gets real.”

There’s another side to this, asymmetry. Fareed Zakaria explained it in a recent Time Magazine essay (linked in my posting yesterday on the International issues blog). But individuals can instantiate themselves on the Web. They may be just giving away evidence of their instability (and providing evidence for the police to find after the fact), or they may be adding to the pot of vitriolic speech particularly condemning of those who indulge themselves in modernity (a complaint of some of radical Islam), or of those who have become dependent on others, whether due to moral flaw or laziness or to circumstances beyond their control (and it’s often hard to tell the difference).

There does seem to be a particular danger in modern asymmetry, where anyone can be heard from without supervision. Unstable people may pose real threats. These range from domestic “mentally ill” (Hinckley, Kaczynski), to anti-government Right Wing radical (McVeigh), to radical Islam (underwear, shoes, etc). Unlike the times of forty years ago, during my own coming of age (the Weathermen, the People’s Party of Benjamin Spock, etc.) the extreme Left seems relatively left out of all this right now. We heard this idea stated shortly after 9/11 (in connection with "jihad recruiting" and also fears about steganography), but not so much lately until suddenly after Saturday's tragedy.

Should the media be required to restrain itself (beyond specific areas of confidentiality already well-established in journalistic practice, although maybe challenged in the battle over shield laws) because of what a few unstable individuals might do? That’s not a vacuous question for ordinary Internet users, because blogging platforms and now social media (especially Facebook) is making many of us journalists. It’s particularly worrisome today, because Boehner and other House members have said today that they’re suspending their usual agenda (“conservative” as it was, like “repealing Obamacare”), as if they saw asymmetry as a national security emergency that could lead to draconian legislation shutting a lot of what we do down.

Of course, most of us remember reading a stanza in high school English, “No Man Is an Island” (John Donne, “Meditation XVII” (link )). We are affected by what others do, and can be called upon to sacrifice because of the “weaknesses” of others, which may be reflections of our own flaws in different forms. In today’s world, we’re less conscious of this than we used to be, perhaps (as with previous generations that faced military drafts). It seems as though a lot of the Gospel was about dealing with this, following the Old Testament (typical discussion of the "Brother's Keeper" moral problem here). Despite the opportunity that technology gives so many of us to excel without the approval or supervision of others, we have to remember that we are social creatures, like it or not.

In the past few years, as I had to deal with my own family eldercare situation, I had to ponder the idea that my own outspokenness, even when I was "right", could (however wrongfully) attract danger to others besides myself, even if I had not "chosen" to be "responsible" for them in the usual sense.

Still, I’d rather see Congress get back to its (distracting) “anti-spending” agenda, however partisan .

Here's a 14 minute CNN video, "is political rhetoric too heated?"   On CNN, one reporter said that even the "meta-talk" (in subjunctive mood) about issues might incite some unstable people.

Sarah Palin has issued a statement saying that journalists and pundits who criticize her rhetoric are bowing to the concept of "blood libel", link here. That concept has little or no relevance in US law.
Posted by Bill Boushka at 2:49 PM