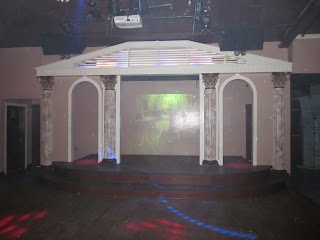 On Dec. 5 I wrote a posting rounding up the “existential threats” to blogging as we know it, but it seems that the list grows.

One is the government’s proclivity to pick on a few things and blow them out of proportion, to protect itself. Government has been saying that anyone who links to or even reads Wikileaks threatens the lives of civilians overseas – no, it’s the original leak of operationally critical information that endangers people overseas, not ordinary speakers, even regular journalists. This was settled with “Pentagon Papers”.

Another is the difficulty in pinning down what is really “confidential”. Identification of private stakeholders (and their PII) or of trade secrets obviously is wrong, but someone with access to any sort of confidential and non-public information might be giving out hints as to what future public information will be by expressing opinions. It’s a very gray area. It could lead to much stricter guides for “pre-publication review” for holders of many jobs, of almost anything they post. And remember, many of the concerns will be "prospective" (even a personal journalistic "purpose").

Facebook has tried to say that it is about social cohesion, not publication; but one can parse or inverse the news feeds of Facebook and see they are blogs, that can go viral easily. One can even say that about Twitter; over time, the mass of a person’s posts adds up to something. (Yup, compute “A” + “K”).
Posted by Bill Boushka at 3:10 AM