Happy New Year: Some formal project management, and "eliminating redundancy" in 2011: How will I push my "do ask do tell"? 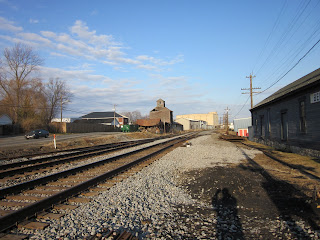 December 2010, however, also came to a climax with the repeal (with caveats) of the policy "don't ask don't tell" regarding days in the military, an issue that I have been documenting on line since 1996, with my three books to boot.  I had my own way of working this, which would spread to other issues (like COPA, online reputation, implicit content, and Internet free entry -- and now restory sanity over Wiki:Leaks). I will say that had I not approached it the way I did, and remained steadfast for all these years (which was more challenged than most people know, as I will reveal in coming months) we might well not have the Repeal accomplished (or the COPA victory or even the 2003 Lawrence v. Texas ruling).

I do want to focus on the idea of a “Do Ask Do Tell” independent film. It seems that the concepts like “do ask do tell” (inspired by the notorious “don’t ask don’t tell” policy finally and historically repealed in December 2010) jives with Anderson Cooper’s “keeping ‘em honest” (which sounds like a registerable trademark to me, even though I haven’t checked) . Connected to all this is Facebook’s Paradigm (as in the Time Magazine issue, discussed here Dec. 26, 2010), where personal identity is not very mutable and must maintain public cohesion, where double lives (or maybe second lives) so popular in the early days of the Web are falling away.  We still face major challenges: overzealous implementation of protection of "privacy' and of government "secrets", and of the "establishment" business interests of the past (in the media) could still deep-six free expression in a seas of "dues paying" in the future.

My plan of work will involve some indirect steps, pulling together the loose ends of much of my work, and eliminating redundancy and obsolescence. I have a novel to finish, a second sci-fi screenplay, and then I will get to my “final vision” for the “Do Ask Do Tell Screenplay” (it will be heavily layered, like a wedding cake), a third non-fiction “book” (probably an E-book), in “Five Movements”, which will become the centerpiece of a restructure web presence, with fewer blogs (news analysis and media reviews) rather analogous to high school English “grammar and literature”), and a well focused Facebook and Twitter setup for news links.

I have a “project plan” for all this (invoking the “project management” techniques of my illustrious IT career), and it looks like it will take me to about the first of May, 2011, to get there.

I should have more details in about a week. I’d better not go delinquent, or someone else will take away my own “mark”.
Posted by Bill Boushka at 8:37 AM