Facebook's remaining private: is it just "I do what I want"? 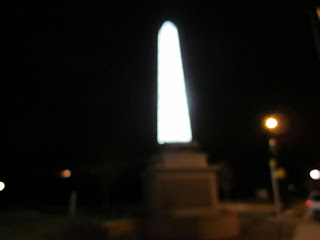 In the past few days, financial papers have been reporting on the arrangements by which Facebook remains a private company but attracts more investors, implying that there is some controversy. Privately-held companies do not have to report as “much”, and the tendency in recent times is for many successful tech companies to want to remain private.

Companies with fewer than 500 shareholders (including institutions) may remain private.

The biggest psychological reason for remaining private may be freedom: “I do what I want.” This has, to say it in a kindly way, been somewhat Facebook’s position, even if it maintains it is benevolent. I experience the same sort of feeling about my own online publishing activity, and even plans for a film. I know the feeling. Once you're publicly traded, you're first priority isn't self-expression, it's profit.

A private investor in Facebook needs a large wad of cash, and is subject to certain other restrictions. According to news reports, some newer employees stock options become valuable only if the company goes public or certain other special events happen.

The shenanigans in the movie "The Social Network" don't happen with public companies (that's not to say that the movie was accurate). It's only a movie, maybe. Maybe the CNBC documentary series starting 9 PM Eastern tonight will be more true-to-life.

I worked for a company in the 1980s that was taken private to keep it from "corporate raiders". The "Capital Partners" put a lot of squeeze on management for profits. Is the tech world different?