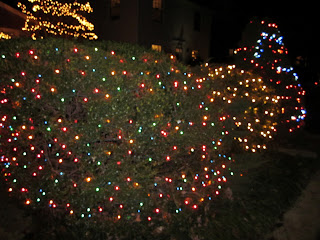 It’s important to have a level head about the controversy over news organizations and bloggers publishing leaked and purportedly classified information, as well as individuals (especially government workers or individuals needing security clearances) viewing it at home with their own resources.

The Wall Street Journal had a summary article on the legal questions by Ashby Jones back on July 26, 2010, “Pentagon Papers II: On WikiLeaks and the First Amendment?” link here.

Generally, republication has been considered immune from prosecution or legal consequences, largely because of the Supreme Court ruling on the Pentagon Papers case. Because of some constitutional law subtleties, as they might apply with Internet technology, however, it’s not absolutely certain that the Ellsberg and Pentagon affairs are completely reliable precedents for Wikileaks. The Opinion was “per curiam” and today there are more questions about oversight and implicit content in Internet publication. Still, most legal scholars feel that the scales are balanced very much toward free speech and the right to republish, as long as the publisher did nothing illegal in acquiring the information and it “fell into his lap.”  (And there are genuine questions about whistle blower protections and journalistic shield also.)

Some hosting companies have terminated Wikileaks sites or, now, sites that mirror Wikileaks or possibly even link to them. They claim TOS violations. But what seems to have happened is that the government (or some powerful Senators, like Lieberman, a “friend” on removing “don’t ask don’t tell” but not on unregulated free speech) has pressured them. There may be more legal basis for government pressuring credit card processing companies, because of money laundering laws. In any case, companies that have “cooperated” with government have sometimes become targets of DDOS attacks, more for “cooperation” than for their original willingness to do business with Assange and his likenesses.

But as noted recently by EFF (Thursday’s posting), some hosting companies have suddenly panicked over the possibility that they in turn could be targeted, for DDOS or possibly hacks, if they host “nuisance” customers. Indeed, there could exist scenarios where their other (“legitimate”) customers are affected or jeopardized. The Internet has always had a “Wild West” quality, but suddenly we find a situation where “power” (which corrupts “absolutely’) can undermine the individualism that drove the Net to begin with.

In sum, however, it seems to me that the “panic” over ordinary citizens looking at leaked documents online at home (and then go to work for the government or contractors) , or ordinary bloggers linking to them, seems greatly overblown. Major newspapers are writing analyzes on important stuff apparently found in WikiLeaks, such as China’s censorship policies and Russia’s political stability. If the New York Times can link to them, so can I. In fact, by the most extreme consequences of this logic, it would be wrong for a government employee to even read the New York Times.
Posted by Bill Boushka at 7:19 AM