People who post about Wikileaks could jeopardize getting federal or clearance-requiring jobs, some legal experts say -- but it sounds so silly; the latest "online reputation" fiasco 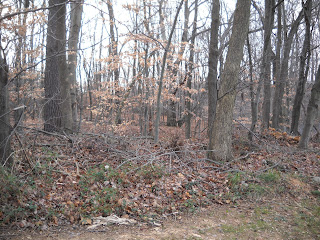 I suppose this post could belong on my “IT Jobs blog” or the “International Issues” blog, but it is primarily a speech issue. CNN has a story “Will reading WikiLeaks cost students jobs with the federal government?” , by Emanuella Grinberg, link here.

The story suggests that people who , on their own personal blogs or social networking profiles or tweets, link to or even comment on Wikileaks items could jeopardize their chances for security clearances later.

It seems bizarre, with so many documents leaked and so many millions of blog posts on them already in existence, to think that security officers would make that much of people “commenting on”, say, the Iraq “killing fields” film (which is on YouTube and which I linked to in April 2010 on my “cf” blog – the link still works), or on a number of genuine items in the diplomatic cables (such as those discussing China’s Internet censorship, or of instability in Russia and Saudi Arabia). But, then again, I remember the case of a teacher’s college in Pennsylvania that gave so much weight to a graduating student’s “drunken pirate” Facebook picture. Some security officers, in their own thought processes, might see a tendency to post about Wikileaks a sign of unreliability. I personally think this is all very silly.

Even reading “classified” documents at home, and admitting it, might be a risk.

On Dec. 9. Derrick T. Dortch, a federal jobs consultant (mentioned in my IT jobs blog under the label "security clearances") has a Washington Post piece "Job hunters should steer clear of WikiLeaks site", link here, and that might even include those planning to enlist in the miltiary and follow a speciality (like intelligence, and maybe hinting at a new controversy to follow "don't ask don't tell").  He writes that the Adjudication Desk Reference of the Defense Human Resources Activity is pretty explicit, and job applicants could be "asked" (there's that first DADT verb again!) if they've accessed classified documents on the Wikileaks sites or maybe if they've linked to them on their own postings or saved them on their own computers.  Conceivably they could be asked on polygraphs. I guess I'm toast since I embedded the "illegal" 40-minute Wikileaks movie on YouTube from Iraq on another blog. Dortch writes that there are mitigation factors, such as the length of time since the "violation", the lack of training and remediation.

I do think bloggers should be very careful with tips that they receive from others -- both as to credibility and in some cases the possibility that they could be classified (or could be sensitive for other reasons such as employment, family, or neighborhood issues). This is so even as immunity for journalsits remains controversial, and as the relationship between blogging and "professional" journalism remains an issue (discussed in the EFF Bloggers legal guide reference linked on Feb. 2009 here). In my own case, there are a couple of items that have come to me that I have reported to authorities and have not disclosed publicly.

Now, we’ve also heard that Assange’s nightbreed minions have DOS-ed Visa and Mastercard (they’re back up now), and even the Swedish prosecutor’s site today. It’s all getting silly.

I guess this is the latest wrinkle in the “online reputation” debate. Or maybe it's an example of just how far Internet "assymetry" and the power it can give one rogue person, can go.

I say, the best defense is an offense; the best antidote to a wildfire is a fire break.

Picture: The Blair Witch may roam here!
Posted by Bill Boushka at 5:39 PM

Thanks for giving this information about blog.

Thanks for sharing this blog really awesome