The Nuisance Factor: those who watch and document the world from a distance 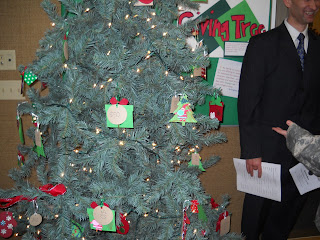 There’s a couple of issues going on with the Wikileaks controversy. OK, it’s illegal to acquire, keep, and certainly distribute classified information, even if we wonder why government was so careless as to leak it. (Did it want to?) And remember that in the world of information security clearance, its when pieces of a puzzle get put together that the apparent value of information to “enemies” might increase.

Nevertheless, government has real First Amendment issues in suppressing publication, especially by those who “accidentally” acquire the information (the “Pentagon Papers” matter, etc.). So, government cajoles private companies not to do business with Wikileaks. Hence we see the actions by Amazon and now MasterCard.

One of the most disturbing aspects of the “plug pulling” by some private interests was their notation of the nuisance issue: Wikileaks was reportedly “attracting” harm from enemies, such as DOS attacks. Imagine how this could apply to an “unpopular” individual in other circumstances. Ultimately, this is giving into “snitch mentality”. But, yup, “enemies” can apply leverage against others dependent (often involuntarily) on an unpopular person. I’ve noted this issue for some time, ever since 9/11, when government expressed a concern that ordinary amateur websites could be hijacked for steganography, a concern that has since waned; I used the theme as a plot element in a couple of my screenplays.

Rainey Reitman and Marcia Hofmann have a short but pertinent piece about this today for Electronic Frontier Foundation, “Amazon and WikiLeaks: Online speech is only as strong as its weakest intermediary”, here.  EFF refers to the saga of the Cody bookstore, which had to fight off threats decades ago as it sold books like “Howl”, Wikimedia link here.

There is something about Assange’s personality, an interest in exposing problems for the sheer pleasure of saying “I told you so”, without participating in a solution, that seems like an ethical sink to some people. I don’t try to get classified information (although I have received a few tips over the years, which I have shared with authorities), but I do like to take material from research and compile and link it in novel ways to “connect the dots” and show the fallacy of most “partisan” thinking, which tends to focus on the “needs” of just one constituent group. Call me anti-Marxist, that’s good. Actually, the “common good” considers everyone simultaneously, not just “to each according to his needs”. My inclination to do this comes from thirty years in information technology, where you stress test everything before you put it into production and see if you can “break” it. I’ve covered this before as “the privilege of being listened to.”

So what I came up with, was a philosophy, that we have to look at the boundaries of hyperindividualism, that shared goals do matter (a lot), especially for “sustainability”, and that some politics is still local, even familial or filial; translated into “individualism”, it means something like, we all have to “pay our dues” as well as “pay our bills” if we aren’t to live off the hidden sacrifices of others. But can I put this into practice in my own relationships with others? That’s much harder. It’s easier for some people to model something on a computer system than actually do it.

So we come to a New York Times article Monday Dec. 6 by Noam Cohen, “Link by Link: Wikileaks, Facebook, and Perils of Oversharing”, p B3, link here.  I am certainly an example, maybe prototypically, of “a private person, … who is a mystery to the world .. and to (himself)”. It’s ironic that the founder of Facebook, while having now matured in his own direction (as in the interview discussed yesterday), modeled on a system what he himself was not good at, so that everyone else had to do it!

Labels: Facebook-specific issues, privilege of being listened to, terms of service issues, Wikileaks