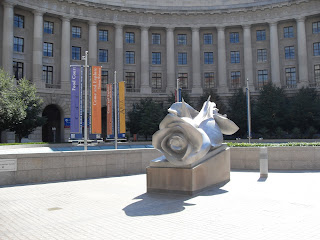 I’ve talked about copyright trolls (Righthaven especially) and property rights as an “absolute constitutional guarantee”, and I’ve wondered if this has any relation to the notion of “moral rights”.

Generally, moral rights relate to the “rights” of content creators to maintain the “integrity” of their work after they’ve sold what otherwise would be exclusive rights. The legal foundation for them is stronger in Europe than in the U.S. Here’s a good write-up (link) from Harvard Law School. Visual works have more protection, because of the Visual Artists Rights Act of 1990 (VARA).

What comes to mind is the situation where a novelist sells movie rights, and the motion picture studio “changes” the story (especially the ending – as in “Rebecca”), a common occurrence. That’s pretty hard to stop, especially in the U.S.

But with “copyright trolling” it seems like the concept is turned upside down. A content originator (a newspaper) has sold away the rights to an entity that has no other purpose than to sue purported infringers. The more I think about Copyright in the US, the more I wonder if courts will ultimately accept this idea as legitimate. On the other hand, content originators, sometimes because of potential “conflict of interest” situations (and I’ve personally been in a couple of them, and I’ll get into more detail in 2011) really need to be able to protect their investment in time and work.

I found only one major link where “Righthaven” and “moral rights” appeared on the same page (wondering if there could be any relation), and this one link, at a site called “Internet Revolution”, has some strange comments by another plaintiff in a supposed moral rights case, Curtis Neeley. (v. NameMedia), in a Supreme Court filing here.  I had trouble following what his case amounts to from what I saw, and will look into it more later.

The Internet Revolution link was titled “New troll under the copyright bridge” and says that the whole Righthaven affair “does not bode well for the future of blogging or the diversity of content on the web”, possibly because of future insurance issues. But the article also talks about the “hole” in the DMCA Safe Harbor Act, which Righthaven has “exploited.”

Remember, the Safe Harbor protects service providers from downstream liability. This enables service providers to offer their services for reasonable cost (sometimes free), but does not directly protect the content creator or publisher, who is still liable for potential copyright infringement for what she posts. From the best that I can determine so far, anyone who hosts content (other than just comments) created by others can try to register as a “Copyright Agent”. But people who host only their own probably cannot (unless they provide their own direct Internet connections). Nobody seems to have this right. I am still tracking this issue down and will report more definitively on it in early 2011.

In the meantime, bloggers and particularly forum hosts should talk to their own attorneys about agent registration, but they may find attorneys themselves confused. It seems murky right now. Letters to Congresspersons by speakers on the DMCA issue seem in order as the 112th Congress approaches, in January. This question doesn't sound very partisan.
Posted by Bill Boushka at 6:30 AM