Let's run down the "existential" threats to free entry and free content on the Web; Facebook does even another makeover! 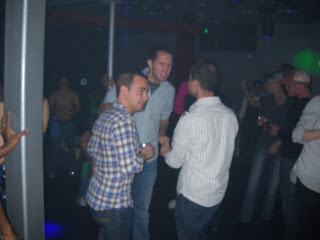 The recent flaps over such divergent problems as “do not track” and “copyright trolling” give me reason to cause and ponder all the “existential threats” to free content and “free entry” on the web.

Remember, I got into this in the late 1990s, starting self-publishing in the low-cost desktop publishing and book manufacturing area, and then moving into “Web 1.0” to keep a running supplement on what had been published in book form. Gradually, search engine visibility became more important to me that in person word-of-mouth. Even though I came to this from a publishing direction, social networking, with people whom one would want to know, was a major result.

Other priorities were important to me. I started with the “don’t ask don’t tell” issue and branched off into “everything else” concentrically, like following a maze or a board game and connecting dots. Political ideology is very definitely a “topologically connected space”. I wanted to become my own voice, equivalent to an “organization”, and I resisted efforts to be “recruited” to replace my own interest in “truth” by working for “other people’s causes”. One of my goals was to get people to account for why freedom gets taken away from people (like me). At the same time, I recognize that others expect me to account for what I would “do” with more freedom, and not undermine the freedom of others whom I watch from a safe distance. I think we have an underlying question about sustainability and how that relates to maintaining personal autonomy, as opposed to identifying with the aims of a group. That gets translated into an individualist’s view: we need to know what rules are necessary at least to keep people from living off the sacrifices of others that stay out of sight. We have to recognize that sometimes we don’t get to choose everything we have to do.

But the clouds on the horizon are numerous. We discussed “do not track” at length the past few days. Here are some others:

Copyright trolling: I’ve covered Righthaven (and others like the US Copyright Group and RIAA). It’s hard to say if courts will accept Righthaven’s “business model”, but ironically Righthaven’s defense of the absolute nature of “property rights” (so well known to libertarians) could come in handy for other speakers caught in “conflict of interest” situations. The main practical danger to bloggers comes in large part that the DMCA safe harbor doesn’t really protect them the way we thought it did (it protects “service providers” from downstream liability, below, and not speakers directly), and that’s another problem the courts may weigh in on, or that Congress could address again.

Downstream liability: If YouTube had to review every video for libel risks, there could be no YouTube. We already have dangerous court verdicts from overseas (Italy). But the main risks could call from calls to eliminate or scale back Section 230 protection. But law professors like GWU’s Daniel Solove suggest that Section 230 should work in conjunction with a “safe harbor” provision that protects communications providers from downstream liability but only if they take down libelous content (or particularly content that invades privacy) when asked to in a credible way. Companies like “Reputation Defender” may be accomplishing some of this in a less formal way.

Insurability: In 2008, there was an announcement of a new “media perils” product to protect bloggers, after earlier attempts back in 2001 from the National Writers Union had failed. I don’t know how well it’s working. But in a world where we make people buy health insurance, politicians might get the idea that they should require “amateur” self-publishers to be insured, too, knocking them off the web. At the same time, property and casualty insurers are starting to notice that social media use carries its own kind of home security risks.

Implicit content, conflict of interest, and generalized online reputation issues. This area imputes prospectively the apparent “purpose” or “intent” of the speaker (a topic I analyzed in detail here July 27, 2007 after I was involved in a serious “incident” in 2005). But generally, the world is starting to see Internet expression is a less than completely valid “end in itself” but a necessary sales or marketing strategy to sell oneself in some other specific area of expertise that one has developed – and that’s where Mark Zuckerberg’s concept of “one identity” becomes so critical. And we’re starting to anticipate the “Food Lion Problem” or “Assange Problem”: employers or other business interests may fear dealing with a person who appears motivated to “expose things” after leaving the business relationship, rather than compete (as to provide for a family) in a “socially normal” fashion.

For me, the "implicit content" issue may be the most critical of all. I made a decision to stay in the game to tbe end, after I entered it in the 1990s.  One could propose was I should have "paid my dues" first and earned "the privilege of being listened to."

Tonight Facebook announced a new look, which would give members the ability to display their entire social infrastructure much more publicly. I didn’t see the option to turn it on there for me yet. The implication of such a capacity may be that social presence comes before work or creative accomplishments, an idea that could squeeze many people (including me). Yet, the “sustainability” theory of ethics says that people will have to be much more “locally interdependent” rather than just public global citizens with “one identity”. (Um, how did I learn how big a place the world was? As a boy, maybe my first impression came from my father’s business trips, or from following Major League Baseball, in an era when “road trips” lasted a while and were accomplished by passenger train.)

You can watch CBS 60 Minutes cover the Facebook announcement (today, December 5) here (sorry, CBS seems not to want to offer embeds on this, and the embed was even disabled on YouTube; too bad -- at 26, Zuckerberg looks great in an embed, better than a few years ago).

The Switched Show has this 4 minute video on Facebook and employers (“Facebook Killed the Private Life”). Social networks are certainly redefining what we consider “private” (from as far back as 2007). Do we need to carve-out a “semi-private space” of “documented personal actions” that’s OK?

The most critical "existential" threat to global free speech could be infrastructure. Coronal mass ejections from the Sun or an EMP (electromagnetic pulse) attack from enemies could shut everything down for a long time.
Posted by Bill Boushka at 9:11 PM