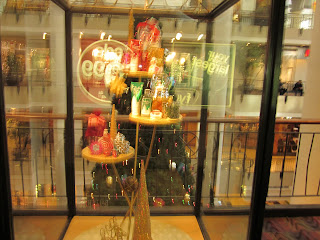 Tech Dirt has an important short article today about an amicus brief filed by Berkeley law professor Jason Schultz for Electonic Frontier Foundation (linked there) maintaining that sometimes the quotation of entire newspaper articles can still be transformative enough to be fair use, particularly if the articles are assembled in original ways to “connect the dots”. That relates to what Schultz calls “purpose and character of the use.” Another major factor would be whether the use significantly affects the benefit to the original owner of the copyrighted material (normally, ability to earn revenue from the work).

The particular case in Righthaven’s suit against the Center for Intellectual Organizing.

It is significant that Schultz maintains that Righthaven is throwing out the multifactorial analysis of fair use (the four “prongs”) and making up its own definition based on amount of quotation. Of course, only an original copyright owner can determine the effect of large quotation volume on its revenue. But if so, then the sale of copyrighted articles just to collect infringement revenue might invalidate the owner’s claim that it’s ability to earn revenue as originally intended has been harmed. Stacked against all this, of course, is Righthaven’s and Stephens Media’s claim that its constitutional “property rights” give it the right to control the use of Stephens’s media, given the work and money Stephens had put in it. That sort of argument could matter in other kinds of cases associated with implicit content problems. At least Righthaven may have stimulated legal debate on how far the libertarian idea of “property rights” should go.
Posted by Bill Boushka at 8:25 PM