House holds hearing on "do not track" proposal 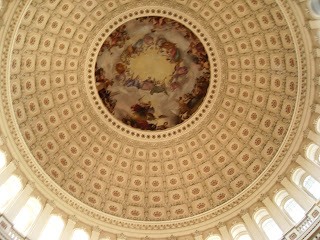 Today the House of Representatives Subcommittee on Commerce, Trade and Consumer Protection held hearings on “’Do-No-Track’ Legislation: Is now the right time?” The link with PDF documents of the testimony is here.

I did not watch or attend this because I was watching Senate hearings on repealing “don’t ask don’t tell” occurring at the same time (see my GLBT blog).

Mr. Weitzner, from the Department of Commerce, suggested that a nuanced balance could be achieved where consumers could set the amount or privacy control they needed, but suggested that most consumers might not want companies to know their buying habits (not too realistic for regular users of Amazon or Netflix).

Ms. Grant suggested that in the physical world, tracking, even “namelessly” would be perceived as stalking, as we sometimes experience it with strangers socially.

Mr. Pasqua compared spyware to adware, and explained that the sophisticated techniques for user tracking, while ethically acceptable in their own right, tend to be associated with imputed risks to security. He discussed “reputation based” security but suggested that a formal “do not track” list in analogy to “do not call” could be very difficult to accomplish technically. Mr. Pasqua also explained how a “do not track registry” could work. For one thing, advertisers would have to register their domains with the FTC, and browsers would have to communicate with this registry in some statutorily defined and regulated manner.

Mr. Gillman noted that the current advertising technology serves self-publishers (like me) who do not sell much separate content (other than books and probably film in the future, in my case).

Mr. Castro said that many of the concerns about privacy are largely hypothetical, and that Internet advertising is very important to the economy, particularly in the current challenged environment; it has held up well, generating legitimate jobs, especially in IT, while many other industries have been hit hard by the recession. He called some of the thinking behind “do not track” proposals a kind of “fundamentalism.”

David Goldman has a CNN Money story titled bluntly “FTC ‘do not track’ plan would be a Google killer”, at this link. Browser tracking options could be designed in such a way that users unwilling to be tracked would see many fewer websites with “free” content.  Nevertheless, the company's stock rose by 1.3% today, as if investors either did not make the connection or believed that advertisers will be able to live and prosper in a "flexible" world where users can stop them from following.

Electronic Frontier Foundation appears to welcome the FTC report, perhaps with some hesitation.

Diane Sawyer covered the "Do not track" hearings on ABC "World News Tonight" on Dec. 2 and noted that sometimes insurance companies (life and perhaps auto and home, maybe even health) may be tracking people online (or getting data from other companies) and could use the information to raise premiums or deny coverage. If this is true, it's certainly a dark side to tracking that deserves regulation.

Another irony: Congress is looking at "do not track" even as the controversial "Boucher Bill" from the previous Congress dies with the inability of its author to get reelected this past November.

Check the New York Times story today by Tanzina Vega and Verne Koytoff, "In Online Privacy Plan, the Opt-Out Question Looms", link here. "Do not track" could be particularly harmful to smaller publishers, but some could decide to charge for content for consumers who don't want to allow tracking. But consumers might not be that interested in reading what newbies have to say if they had to allow tracking.
Posted by Bill Boushka at 3:12 PM