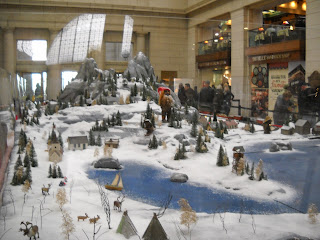 Jennifer Elsea has a paper for the Congressional Research Service, dated Dec 6, 2010, “Criminal Prohibitions on the Publication of Classified Defense In formation,” pdf link here.

The paper indicates that prosecution with severe penalties are possible when there are deliberate leaks (there is some controversy of exactly which diplomatic communications are included), especially when US agents die as a result. In practice, newspapers (or reporters) have not been prosecuted for publishing or especially linking to leaked information, although the wording of the 1917 law, with constitutional reservations, might allow prosecution. It is apparently very unlikely that ordinary amateur bloggers could be prosecuted except in the most exceptional circumstances.

There is a practical problem in that numerous American companies (such as Amazon, Mastercard and Visa) have yielded to government pressure to shut down ties with Wikileaks. Senator Joseph Lieberman, a good guy on “don’t ask don’t tell” [especially today], apparently applied some of the pressure. This tendency could affect how Internet ISP’s and publishing service providers and social networking sites apply or interpret their “terms of service” or “acceptable use” policies. Generally, these companies forbid illegal use, but typically it’s not a problem to link to another site that might be illegal (except that it could affect a site’s reputation with Internet site rating operations like Web of Trust or McAfee Site Advisor). A major exception could be “c.p.”, where it’s illegal to possess on your hard drive cache the material that would be linked to. Service providers might want to include material known to be leaked, although it sounds almost inconceivable that the government could ever prosecute ordinary people for possessing cached copies of classified material.

Nevertheless, an MSNBC story reports some very strident recommendations indeed, such as a note that Sarah Palin’s Facebook posts might prevent Assange from giving a fair trial, and Mike Huckabee’s idea that anyone who leaked information to Wikileaks should be tried for treason with capital punishment possible.
Posted by Bill Boushka at 5:17 PM

Never I can find same info. I want to thank you to this info. Thanks