Free speech is only as strong as its weakest link 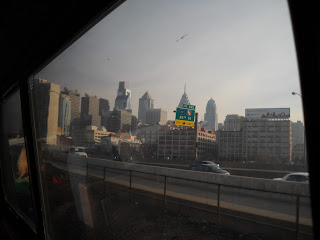 Inasmuch, as Electronic Frontier Foundation reminds us, “free speech is only as strong as its weakest link”, a number of rogue initiatives have been sprouting, to make speakers and entrepreneurs more immune to impulsive actions taken by governments or others to censor or stop them.

DOT-P2P (link) appears to be another mechanism to set up a domain name resolution system independent of ICANN. Now, personally, I feel that ICANN’s domain name dispute procedures and policies sound reasonably fair, but I guess “good faith” can sometimes live in the eyes of beholders. Such a system would have to deal with the "Existential DNS Problem", discovered by a regular programmer, studied in Finland and vetted at Microsoft in the summer of 2008 (my "ID Security" blog, Aug. 9, 2008).

The Tahoe Least Authority File System (Tahoe-LAFS) (link) propses “provider -independent security”, which, in The Cloud, would prevent the possibility that attackers to get at an unpopular speaker by compromising “open doors” within the ISP (this happened to me in April 2002), and would prevent the ISP from having any access at all to the speaker’s content. There is a topology diagram in which one can see what parts of a setup are vulnerable to whatever service provider hosts the connection.

Bitcoin (link) is a P2P digital currency, fiat in the sense that there is some intrinsic “wealth” backing it up in the solutions of “problems”. The website explains the concept of fiat backing by gold in the familiar physical world, and makes the case for the analogy in cyberspace.

All of these would make Internet activity farther from the reach of government, or at least corruption by government or “establishment”. Yet, any of these systems will have to develop their own rules and culture, just as we see today with social networking and blogging environments.

At a conference on the impact of WikiLeaks on Journalism, a speaker just said "information by itself is not worth all that much until you know a context to put it in."  In the age of "cybernararchy", the question is, "what is truth online now?"  Some speakers give WikiLeaks credit for starting to redact the names of overseas civilians and certain sensitive interests.  Even amateur journalists do practice some restraint, out of self-interest.
Posted by Bill Boushka at 11:29 AM