"Anonymous" "activists" may be a bigger issue for Internet freedom curtailment than was Wikileaks itself! 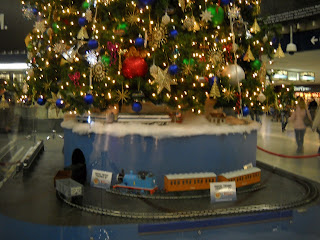 The article describes “Anonymous” as the most “prominent” of the groups, whose general concern is that governments will gradually put a strain on Internet free entry and free speech, paring it back and placing under control of those in power, very much as what China does today. There is a concern that there will be no net neutrality, and that companies may not have the incentives in the future to offer free content or publishing services that they do today. Yet, some of these concerns do indeed come from the possibility that governments could “overreact” out of miscast privacy concerns. For example, “do not track”, is misapplied, could undermine much of the free content model today. Or privacy and reputational concerns could lead to undermining the downstream liability protections now well established in American law.

Do these concerns morally justify the release of officially classified documents? One problem is that some government operations, both in the US and overseas, obviously related to legitimate public safety concerns (to say the least) and the safety of civilians abroad. It is difficult for the public to know where the “line” between legitimate need for secrecy and cover-up exists.

The article discusses as “social networking” service Reddit and a sub-section called “Operation Leakspin” which tries to sift through the various cables. The link is here.

If the legal system says that people can be assessed civil penalties for possessing illegal downloads through P2P (as with the RIAA and IS Copyright Group mass litigation), and if people can go to jail for possessing “c.p.”, is it rational to say that people could incur civil or criminal penalties for possessing classified information? (Previous post).  Or, as noted before, should people be asked in security clearance applciations if they have read or linked to illegally published classified information? Will all of this affect how service providers implement terms of service?

The concept of “privacy” is very fluid indeed, as is the concept of “public figure” and anyone with an agenda can twist the terms. Fred Phelps’s group has claimed that the military veterans’ families it has picketed made themselves “public figures” by announcing funerals in newspaper obituaries.

Generally, mainstream news commentators are more concerned about the “hacktivism” (and the DOS attacks against credit card companies and other parties “cooperating” with government requests) now than they are with the contents of the leaked cables themselves, most of which are turning out to be mainly embarrassment and probably not critical to military and diplomatic operations. Yet, as Richard Clarke said recently, diplomacy particularly depends on trust and confidence that some “under the table” (or “off the books”) measures will remain unpublished.

“Disclaimer”: I give links here only as part of “complete” and relatively unbiased news reporting (since they are already widely public); I do not encourage anyone to knowingly engage in illegal behavior.

Note something else: CNN has been reporting school system experiments in having kids turn off all electronic media together for a week or so.  Good for interpersonal social engagement? Maybe.  But one student pointed out that experiments only work if everybody has to pull the plug at the same time.

Be careful what you wish for.

An RT YouTube video about the "consequences of making information more available".

Also, the Outlook Section, p B1, of the Dec. 12 Washington Post has a perceptive article by Tim Hwang, "Wikileaks and the Internet's Long War", where he suggests a book "The Master Switch" by Columbia law professor Tim Wu  (I'll order it soon), proposing that the Internet is really a communications utility that will ultimately fall under more government regulation, even in the U.S.  But the rogue innovators may be much more determined. Hwang talks about the contribution of Shawn Fanning, with Napster being eventually rolled back and forced to become "legal" and establishment. One could see Mark Zuckerberg, Steve Jobs, Bill Gates, Steve Case, Brin and Page, all as a bit rogue, and Assange as just much more so, and maybe even me (more obscure), as having affected the way the stakes of the "War" are seen.  There have been debates on CNN as to whether Assange is really a "journalist."
Posted by Bill Boushka at 12:09 PM